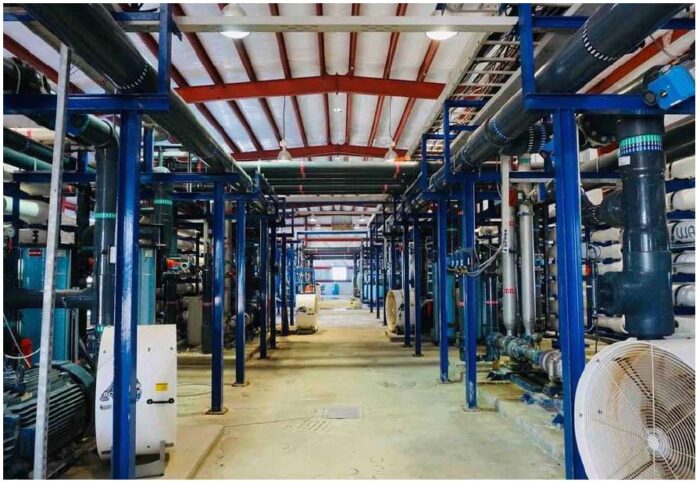 The ongoing water shortage being experienced by home and business owners in Antigua and Barbuda will soon be a thing of the past.

This is according to Prime Minister Gaston Browne who has reassured the public that relief is coming over the next several months, as his government has invested huge sums of
money to remedy the water shortage.

Speaking on the Browne and Browne Show on Pointe FM over the weekend, the prime minister asked consumers to be patient a while longer as the government takes positive
steps to relieve the water shortage.

He explained that a confluence of issues have occurred that are at the heart of the water shortage.

Among them, is the severe drought that the country has experienced, with 2021 being the driest year on record with record low rainfall of only 18 inches.

The situation was further frustrated by interruptions in global supply chains and shipping delays due to the pandemic which caused membranes, purchased for the reverse osmosis plants, to become stuck in foreign ports.

Recognising that as much as 20 per cent of all water produced in the country is lost to leakages, PM Browne added that new pipes have also been ordered to replace the aged
ones.

The government has given a firm commitment that by the end of September, or by the end of the year at the very latest, the nation’s water problem will be solved.

Speaking on the same programme, Information Minister Melford Nicholas, said the three main areas of priority for the government have been health, education and water.

Nicholas, who also promised that an end to the water shortage is in sight, reported that over $1 million has been spent over several years to solve the problem.