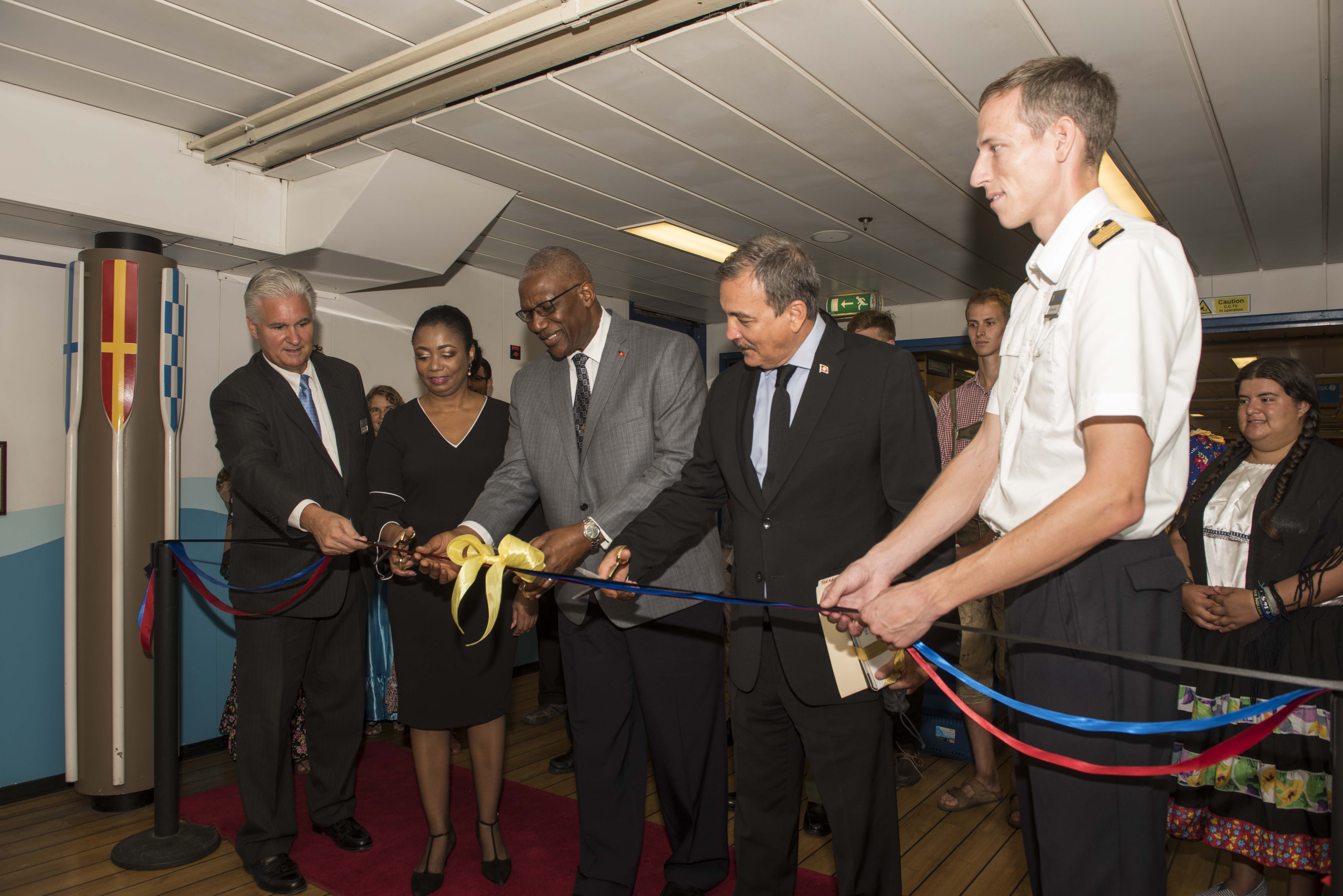 It was an exciting first day for residents of Antigua and Barbuda onboard the MV Logos Hope, described as the World’s Largest Floating Book Fair, on Thursday, October 5, 2017.

Earlier on the same day, a ceremony was held with the Governor General, His Excellency Sir Rodney Williams KGN, GCMG, KSt.J, MBBS officially declaring the fair open to the general public. In his remarks to the gathering, the Governor General spoke of the importance of reading and shared that the Logos Hope provides an important opportunity for persons to strengthen their reading skills. He commended Mr. Randy Grebe, the Director of Partner Ministries and his team on the Logos Hope for once again providing the general public with access to its interesting learning events and wide variety of over 5000 book titles. Sir Rodney shared that the Logos Hope, in its promotion of Christian values, is also providing an essential service of positive influence in the face of the many human and other tragedies taking place in the world today. The Governor General was accompanied by his wife, Lady Williams.

The Minister of Foreign Affairs, Hon. Charles Fernandez was also in attendance at the event and joined the Governor General, Lady Williams and key officials of the logos hope in cutting the ribbon to officially declare the Logos Hope open to the public.