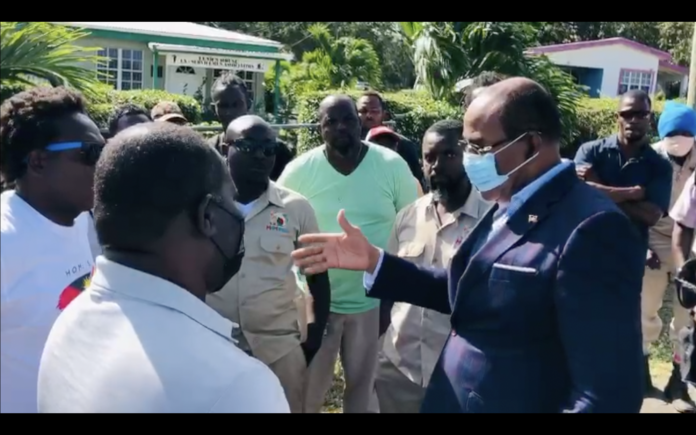 Ministry of Works employees who took to the picket line last week are expected to return to work today, April 11, since the Browne Administration has promised to settle a portion of their outstanding overtime payments by Wednesday, April 13.

A source says the workers were informed of this on Friday, April 8, by their bargaining agent, the Antigua Trades and Labour Union (AT&LU), who also advised that all of the money would not be paid at one time.

If, by Wednesday, the payment has not been made, then the workers will return to the picket line, the source adds.

The aggrieved workers are reportedly owed over $2 million, with $300,000 said to be owed to a single employee.

Last week, they agreed to stage a protest, since the Government had missed an eight-month deadline to pay the overtime, which has been outstanding for three years.

Accordingly, workers at the Government Workshop and Hot Mix Plants, in addition to truck drivers at the Tomlinson site, downed tools on Monday, April 4.

The protest was taken to the Ministry of Works headquarters on Tuesday, April 5, and then to the Office of Prime Minister Gaston Browne, the Minister of Finance, the following day.

At that time, Browne gave a commitment to pay over a quarter of a million dollars on Wednesday, April 6, and asked the protesting employees to return to work.