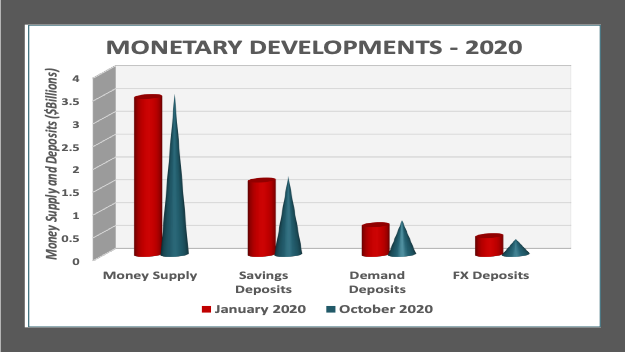 Prime Minister the Hon. Gaston Browne has given his government’s commitment to make every effort to meet its debt commitments as they become due and payable.

Speaking in the House of Representatives on Thursday, Prime Minister Browne said that despite the downturn in the economy occasioned by the COVID-19 Pandemic,  resulting in a cash-flow difficulties, the Government has not defaulted on any of its debt service obligations on the Regional Government Securities Market.

PM Browne informed the House that it is estimated that the total public sector debt to GDP, at December 2020, amounted to 89 per cent.

“It will be recalled, that it was our Government’s policy to lower the debt to GDP ratio, and at the end of 2019, we had done so successfully, reducing the ratio to 67 per cent.  At the end of 2020, the Government’s total public debt portfolio was $3.34 billion, of which central government debt was $2.85 billion and $490 million was government guaranteed debt.  Of that amount, external debt was $1.68 billion and domestic debt amounted to $1.7 billion,” he said.

He noted that because of the skewed criterion of ‘high per capita income’, the country could not access concessional funding or grants from the international financial institutions as did a number of other countries in the region.  He said his nation was punished for its good economic performance by being denied assistance, when consideration was most needed.

“Therefore, we borrowed from willing lenders, among whom were the Eastern Caribbean Central Bank and the Regional Government Securities Market.  Others gave us cash flow relief for which we are grateful.  They include: the Caribbean Development Bank, the Abu Dhabi Fund, and domestic Banks,” he pointed out.

PM Browne said that despite the challenges, his government has not laid off one public servant, and has maintained spending on the health, education, and the well-being of the nation.

“That, Mr. Speaker, is not only good governance; it is indicative of good performance!,” he said.