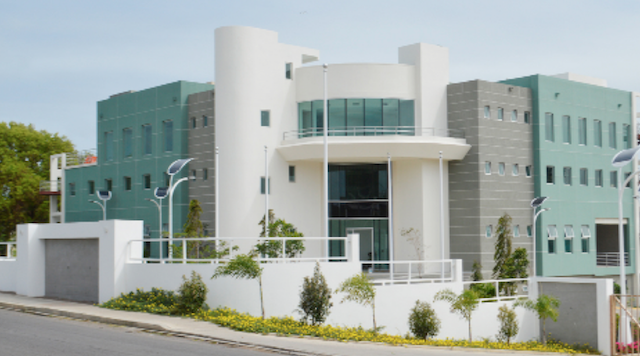 An auditor’s report revealed that the building, which is yet to be completed since 2014, has come up to a total expenditure of over $36.5 million.

The report also revealed that the building is only 60 percent complete to this day and a building like ADOMS should have been completed in 18 months instead of taking more than five years to complete.

Additionally, the report outlined that the lack of a finite budget and no construction schedule were among the inconsistencies noticed, and the budget numbers in the construction manager’s reports were not backed up by calculations.

Minister of Works Lennox Weston has put forward the idea of taking legal action against the contractor who is believed to have deceived the government of millions of dollars for an unfinished building.

Weston, who is also the Minister of State in the Ministry of Finance, said that the government is hoping to retrieve the files that Marshall took with him, in order to determine if it has a compelling case.

“We are still reviewing the reports. As you know, the investigator recognized that all the detailed files and cost bills he took with him so you would want to get those back so that the officials can review them to see if they can succeed in a case of criminality as opposed to just sheer gross mismanagement, but a case of criminality has to be proven in terms of hard documentary evidence in terms of meeting the standard.” Weston explained.

“What we do know and as everybody would have indicated, there was gross mismanagement and some highly usual practices like $9 million being spent, like firing the contractors and him taking over, like paying in cash and a lot of highly questionable things that had been done. We would love to get those detailed records of the construction so we can put all of them over to the investigators for them to build a case that would be successful,” Weston disclosed.

Weston, said that at last contact with the contractor, he sent a receipt for freight services, detailing where the buildings missing equipment is being kept.

“Last week we received something called a Bill of Lading [for] the stuff that he was supposed to buy to customize an office when he said they were in storage, when we went to the storage location it was an empty car park. So last week, we received a Bill of Lading after the speech I made at State Insurance, he went and brought them and the Bill of Lading said it was placed on a ship. We are going to see if when the freight comes here if it includes all that he was supposed to buy so that’s the only contact we’ve had,” he added.