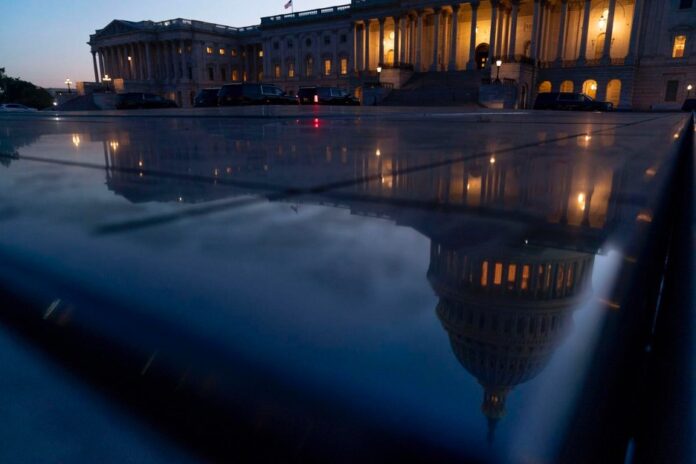 In the United States, Congress has been struggling to lift the country’s debt limit to avoid a government shutdown. Top leaders have said that a shutdown should be devastating for the country which has already been rocked by the COVID-19 pandemic. Nevertheless, there is a good chance that the government shutdown will likely be averted with Congress voting on the bill today. In addition to this, Democratic lawmakers are hoping to pass a bill that could make or break President Biden’s presidency. Below, readers will learn more about the latest news from Congress.

The Senate and House of Representatives are working hard to keep the government funded. Today, it was announced that the Senate had passed a short-term funding bill that would prevent a government shutdown until December. The bill has now been sent to the House of Representatives. The House also approved the bill. The stopgap funding bill will keep the government funded until December 3. Congress was facing a close deadline with funding set to expire around midnight. Now, the bill will go to President Biden who will sign it immediately.

The bill will also give funding to help resettle the thousands of Afghan refugees who entered the United States last month. It will also deliver aid to Americans dealing with the recent devastating storms. With the government shutdown averted, Democratic lawmakers will begin focusing on the President’s infrastructure bill which will cost $1.2 trillion. It is believed that lawmakers will vote on the bill sometime today.

Unfortunately for Democratic leaders, progressives have refused to strike a deal with them so far. People betting on sportfogadás believe Congress will get it done.

President Biden is trying to live up to his Build Back Better promises by passing a massive infrastructure bill. However, members from his party haven’t cooperated so far. Earlier today, Representative Alexandria Ocasio-Cortez from New York bashed moderate Democrats while saying they weren’t negotiating in good faith. She called them conservatives. As for House Majority Leader Hoyer, he claims meetings are still ongoing. Senator Joe Manchin of West Virginia will prove to be a pivotal figure in the battle.

While he has been a thorn in the side of Democrats, Hoyer says the West Virginia senator likes a few of the programs for his state. When asked about the future of the bill, Hoyer said he was confident that the majority of members are for it. However, the House Majority Leader has not said they have enough votes for it. While playing LVBET, locals should keep an eye on these stories.

Earlier this month, Florida Governor Ron DeSantis announced he would be taking three actions to deal with Joe Biden’s border crisis. While talking to the press at the Lee County Sheriff’s Office, the governor bashed Biden’s unlawful catch and release immigration policies. He also confirmed he has signed Executive Order 21-223 which he is calling the Biden Border Crisis Executive Order. The order prevents state agencies in Florida from cooperating with the federal government on certain issues relating to immigration. He said it would stop state agencies from aiding or abetting what the federal government is doing. For instance, it prevents state agencies from helping with the resettlement of illegal aliens in the state.

Biden’s Build Back Better plan is quickly unraveling. However, some advocates want to make sure certain parts of the bill are not removed. President Biden claims the plan would reduce the cost of education for many families. Nevertheless, Democrats in Congress do not have enough votes to pass it. Since they’re going to use reconciliation, they will not need a single vote from Republicans. Besides Joe Manchin, Arizona Senator Krysten Sinema also opposes it. In a statement yesterday, the West Virginia Senator admitted he could not be convinced otherwise. Democrats believe they may need to drop the bill’s price to $1.5 triller to get more support.

Nevertheless, Mary Filardo with the 21st Century School fund wants to make sure certain components are kept. She has been pushing for the modernization of schools. If lawmakers eliminate or reduce school construction funding from the bill, there is a good chance that Biden’s dream of universal preschool will be eliminated as well. His current plan would give money to community centers and schools to support more pre-kindergarten children. Some advocates want this to remain in the final bill.