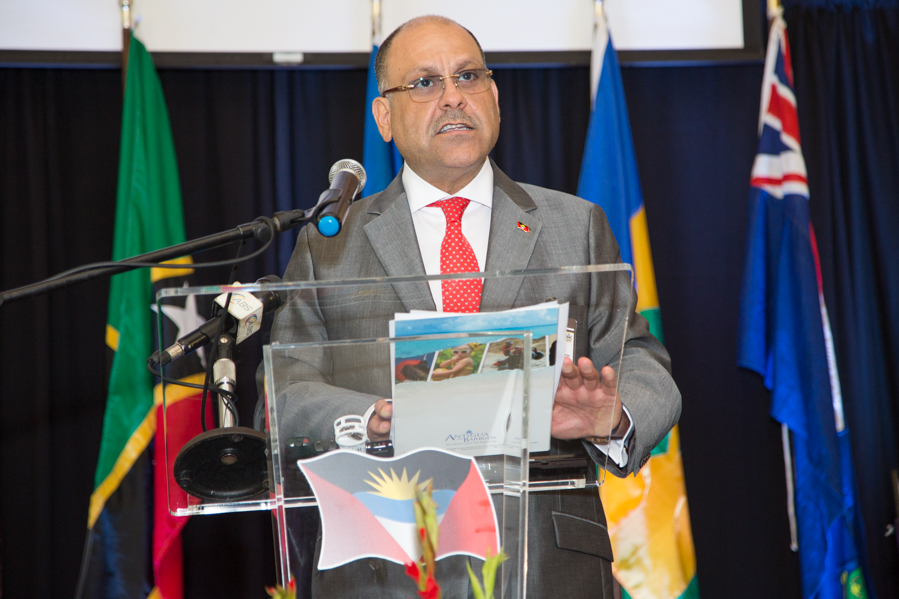 The government has scoffed at calls by the opposition United Progressive Party (UPP) for Tourism Minister Asot Michael to resign.

Last week, Political Leader of the UPP Harold Lovell called on Michael to give up his position based on the continued downward trajectory of stay over arrivals and the missed opportunity to properly market Antigua and Barbuda’s 60th anniversary of Carnival, which recently concluded.

The opposition said recent statistics for the month of July showed a 10 per cent decline across all markets, indicating that the projected arrivals did not meet expectations.

Government’s Chief of Staff “Lionel “Max” Hurst referred to the opposition’s request as nonsense and rubbish.

“Well, we have heard lots of foolish calls in the past but this is the most foolish,” Hurst said.

In defending Minister Michael’s record, Hurst said tourism figures for 2015 and 2016 were reflective of a bumper period and added that the minister has not only brought new airlines to Antigua and Barbuda, but mega cruise ships.

“But we also have some mega ships that are coming to Antigua and Barbuda as a result of the rebuilding of the harbor- we have the Quantum Class and as you know we are expecting the Oasis class to sail in here sometime after November early December of 2017,” Hurst noted.

He said a decline in visitor arrivals for one month is very unusual for anyone to ask for the resignation of a minister of tourism.

The chief of staff insisted that “You would have to show massive failure on his (the minister’s) part.”

Hurst said Lovell, as tourism minister for the period 2004-2009, destroyed the country’s economy and caused thousands to lose their jobs.