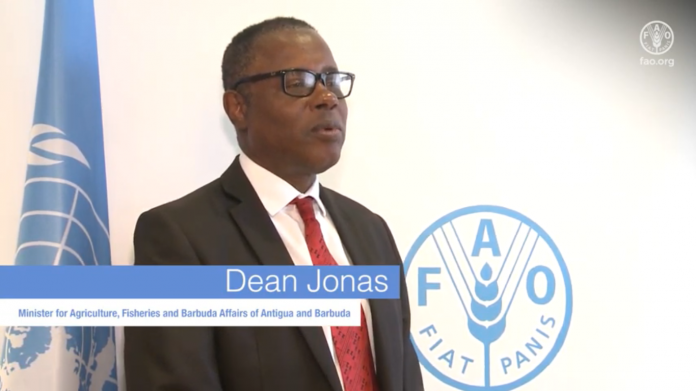 The Prime Minister of Antigua and Barbuda has written to the Governor General of Antigua and Barbuda advising His Excellency to terminate the duties and responsibilities of the Honourable Dean Jonas as a member of the Cabinet, effective today.
In a separate letter to the former Minister and parliamentary representative of St. George’s Constituency, the Prime Minister indicated the following: For more than six months, I have tried to dissuade you from taking decisions that are inimical to good governance, and to my Government’s policy. My attempts have been in vain. Your relationship with your staff in the Ministry is toxic, and a continuous decline is evident from the reports that have reached me. The relationship with the farmers is also toxic and deteriorating further.
On the basis of the inabilities of the former Minister to develop a good working relationship with his staff and with farmers, it has become necessary to provide the representative with a six-month period for reflection and contemplation as to how to achieve reconciliation, the Prime Minister informed the member in writing.
Under Section 71(1) of the Constitution of Antigua and Barbuda, the Prime Minister is authorized to select or to terminate members of Cabinet.