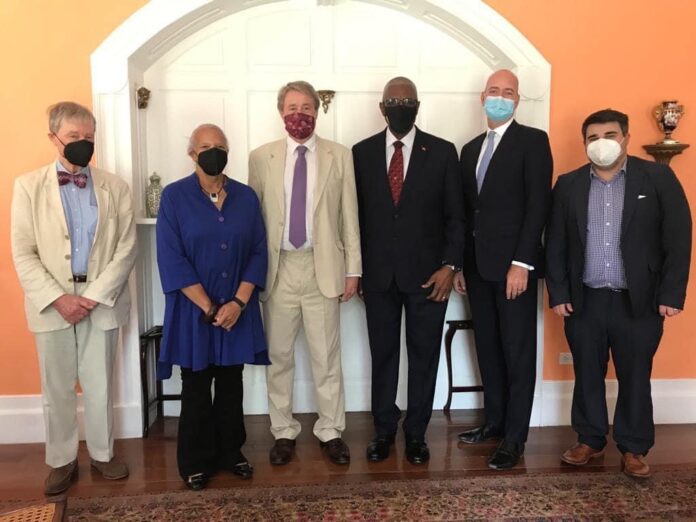 The Governor General of Antigua and Barbuda, His Excellency Sir Rodney Williams who officially declared the Commonwealth Heritage Forum (CHF) Conference open earlier this week in Barbados, underscored the importance of preserving both tangible and intangible Commonwealth heritage in the region even in the face of present-day challenges.

“There are many challenges to our heritage such as climate change, natural disasters, changing economic and social pressures, neglect, dereliction, ill-conceived development and inadequate resources. All take their toll. There is no doubt that this Commonwealth Heritage Forum event is a timely and relevant response to this reality. I am confident that it will also serve to underscore the call made in the recently held CDEMA and UNESCO conference, to include culture and heritage in the national disaster plans in our region,” Sir Rodney declared in his address to conference participants at Wildey House, the home of the Barbados National Trust.

Also speaking at the conference was the Resident British High Commissioner to Barbados and the Eastern Caribbean, Scott Furssedon-Wood who commended Sir Rodney and Lady Williams for their work in championing the cause for the restoration and adaptation of Government House Antigua and Barbuda into a heritage tourism product that will enable the legacy of the past to have contemporary relevance to the benefit of the people.

The Commonwealth Heritage Forum included a slate of experts from the Caribbean region, the United Kingdom and the United States of America who presented in both online and in-person formats. His Excellency Sir Rodney Williams is the organization’s Founding Patron.