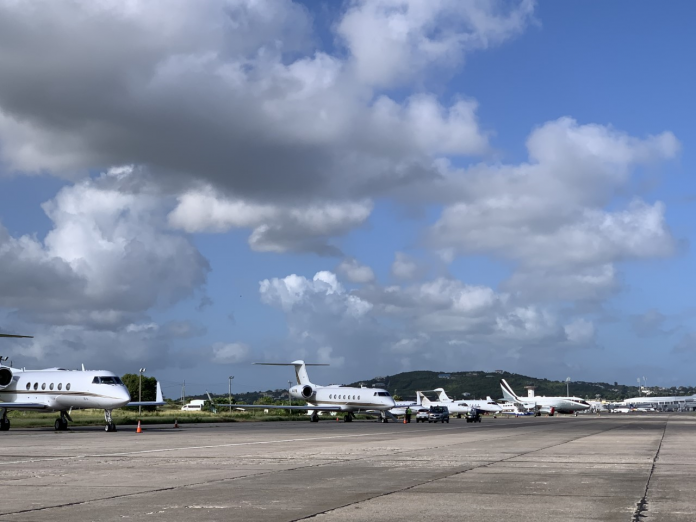 The government, as well as the leader of the political parties, agreed that it was in Antigua’s best interest to not close the border.

The Chairman of Cabinet, Prime Minister Browne, gave a general overview of the policies adopted by the administration since the outbreak and asked the heads of the parties if they were in agreement with NOT closing Antigua and Barbuda’s borders.

According to Hurst, the leaders of the three parties all agreed that it was not possible for Antigua and Barbuda to close its borders because of the high dependence on tourism and imports.

The Leader of the UPP voiced concerns over twelve issues: elder care facilities; the need for special clothing by janitors and cleaners and CBH/Solid Waste sanitation workers; provision of daily updates, local and international; keeping aggregate demand moving; seeking a moratorium from banks of 90 to 180 days; seeking to keep APUA from carrying out disconnections; implementing a credit guarantee program; checking on the cleanliness of trucks carrying potable water; daily disinfecting the city’s streets.

On each one of his voiced issues, the Prime Minister intervened to explain that the administration had already moved on addressing them. There was, therefore, a similarity in the thinking of both government and opposition. The issues were national and not political, it was agreed.

The Leader of the DNA addressed water shortage and water availability in certain parts of the country, requiring a revised rationing schedule by the APUA; she urged the use of protective gear and clothing by those frontline staff who must interact with members of the public who could be carriers of the Coronavirus; staff at the MBS and at the Court House where she observed first-hand their exposure.

The DNA leader also addressed the situation of Clarevue Hospital and the Fiennes Institute, both of which house very vulnerable groups, therefore requiring a no-visitation policy certainly for the next two weeks; the Leader also argued that funerals ought not be more than 50 persons and that employees of the Government ought to be urged to stay away from those events; the large number of asthmatic children ought not to be neglected since they are at risk, the DNA Head emphasized.

The Minister of Health assured the Leader that each of her issues had already been addressed or was in the process of being tackled.

The Leader of the Barbuda People’s Movement also addressed Cabinet, noting that Barbuda cannot seal its borders either and that many yachts and pleasure boats were anchored off Barbuda’s shores because the island was safe from the virus.

He noted that Barbudans are required to come over to Antigua to purchase necessaries and to undertake banking; both activities put them in touch with persons resident on Antigua. There was a short debate concerning a closure for 7 days; the illegality of that request was clearly pointed out.

The Barbuda Representative noted that he was satisfied with the collaboration that was taking place with the Ministry of Health Officials.