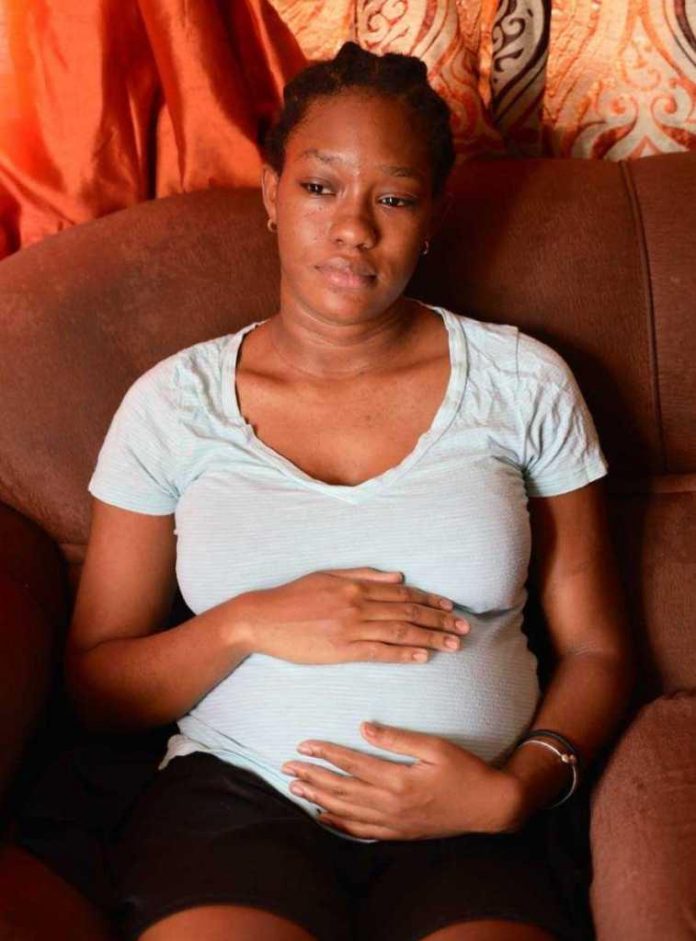 Pregnant student Sheniequa Lewis is now safe in quarantine in her homeland of Antigua, days after Guardian Media highlighted her struggles to return home.

Early yesterday, Lewis boarded a flight the Ministry of National Security organised for her to leave on after she was granted her permission to leave the country. The private flight was already set to depart T&T with a Trinidadian national Lewis is calling her Good Samaritan, but the ministry collaborated with him to take her on the flight and drop her off in her homeland.

In a Whatsapp message, Lewis said, “I am back home in Antigua and I am happy to be home. I am presently in quarantine but glad to be home where I have access to my therapy and where I can now focus on having a safe delivery.”

She extended gratitude to dozens of Trinidadians who reached out to her, some of whom offered her money to charter a flight for her safe return home. Lewis told Guardian Media she did not have to pay for her trip as it was all arranged by the Good Samaritan, whom she did not name.

“I would like to thank the many citizens of T&T that reached out to assist me in my time of need and everyone that had a part to play in my return home. We didn’t accept any monetary donations because we were not sure of the way forward but I want to thank the guy that accommodated me on his flight, even though I am not sure whether I should publicly state his name,” she said.

“I also want to thank the Ministry of National Security, who granted me approval and who made a way for me to get a lift home.”

Lewis was unable to take her personal belongings but said she will make arrangements to have them shipped to her in due course.

Lewis had been in Trinidad studying at the T&T Tourism and Hospitality Institute since September 2019. When she went back home on vacation she got pregnant. Determined to finish her course she returned to Trinidad but her classes were suspended because of low student turnout. She booked a flight to return home on March 30 but on March 22 the borders were closed, leaving her stranded.

Lewis suffers from scoliosis, which is a curvature of her spine and she has been in extreme pain during her pregnancy. She was unable to get therapy in Trinidad and was desperate to return home to have her baby, who is due in September.