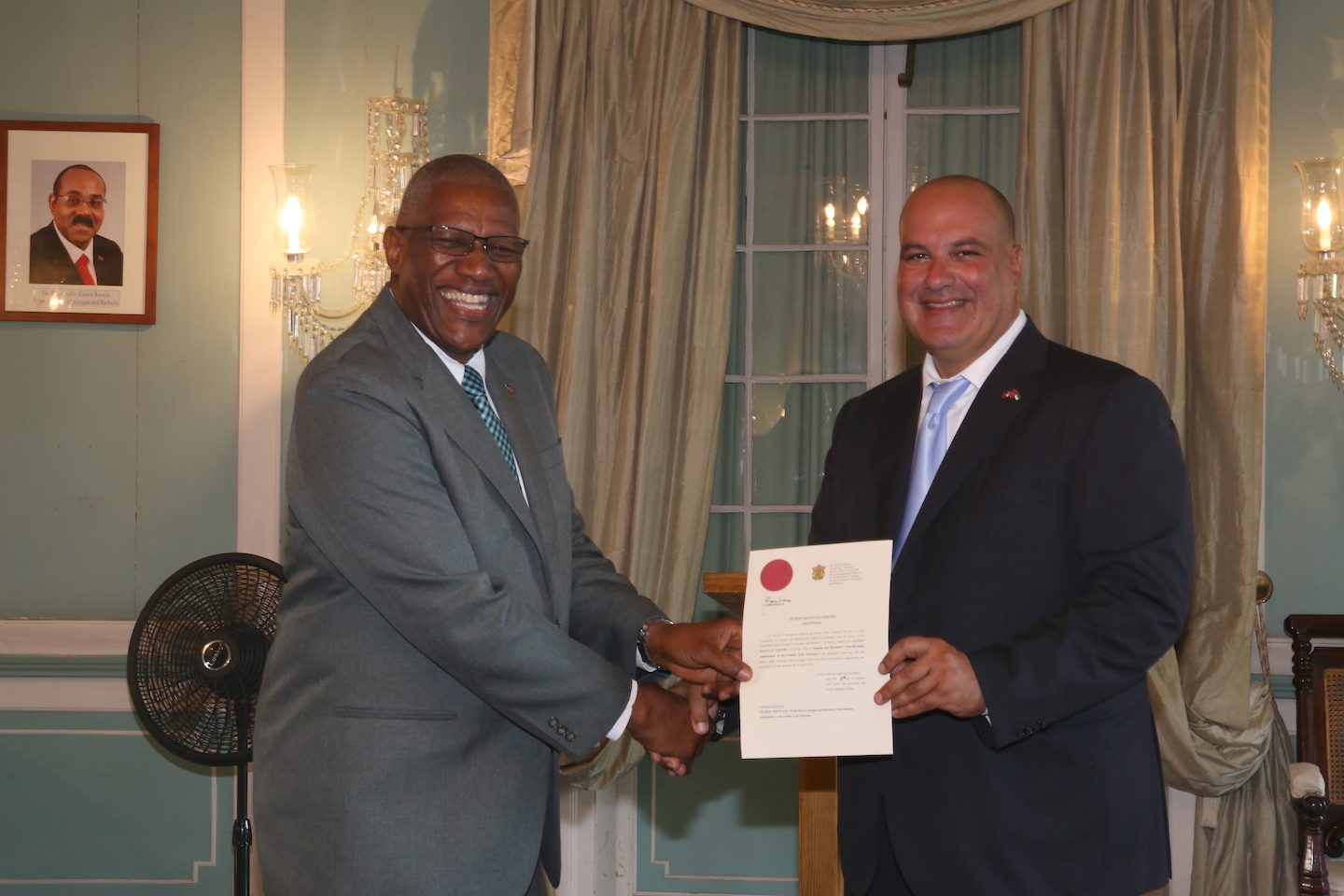 Antigua and Barbuda’s Consul General in Miami, Gilbert Boustany was on Monday officially appointed as Non-Resident Ambassador to the United Arab Emirates.

Ambassador Boustany who was acting in the position since April of this year, has been overseeing preliminary works of a number of projects on behalf of the government, said that he is pleased to serve his government at this level.

“The bonds of friendship between Antigua and Barbuda and the UAE was significantly strengthened with the coming into office of the Gaston Browne administration, and I am committed to further developing this bond,” Boustany noted.H

He said that it is his intention to boost understanding and relations of friendship and cooperation between the two countries.  He further stated that boosting of bilateral relations in the economic, trade, cultural and political areas are of high importance.

ForeignAffairs, International Trade and Immigration Minister, the Hon. Charles Fernandez who was at the appointment ceremony said that Ambassador Boustany has done significant work in the interest of the Government and people of Antigua and Barbuda over the past two and a half years and he is confident that he will continue to work tirelessly in the interest of the nation in this new portfolio.

In addition to being Non-Resident Ambassador to the UAE, Ambassador Boustany will continue to serve as the Consul General of Antigua and Barbuda in the Consulate in Miami.