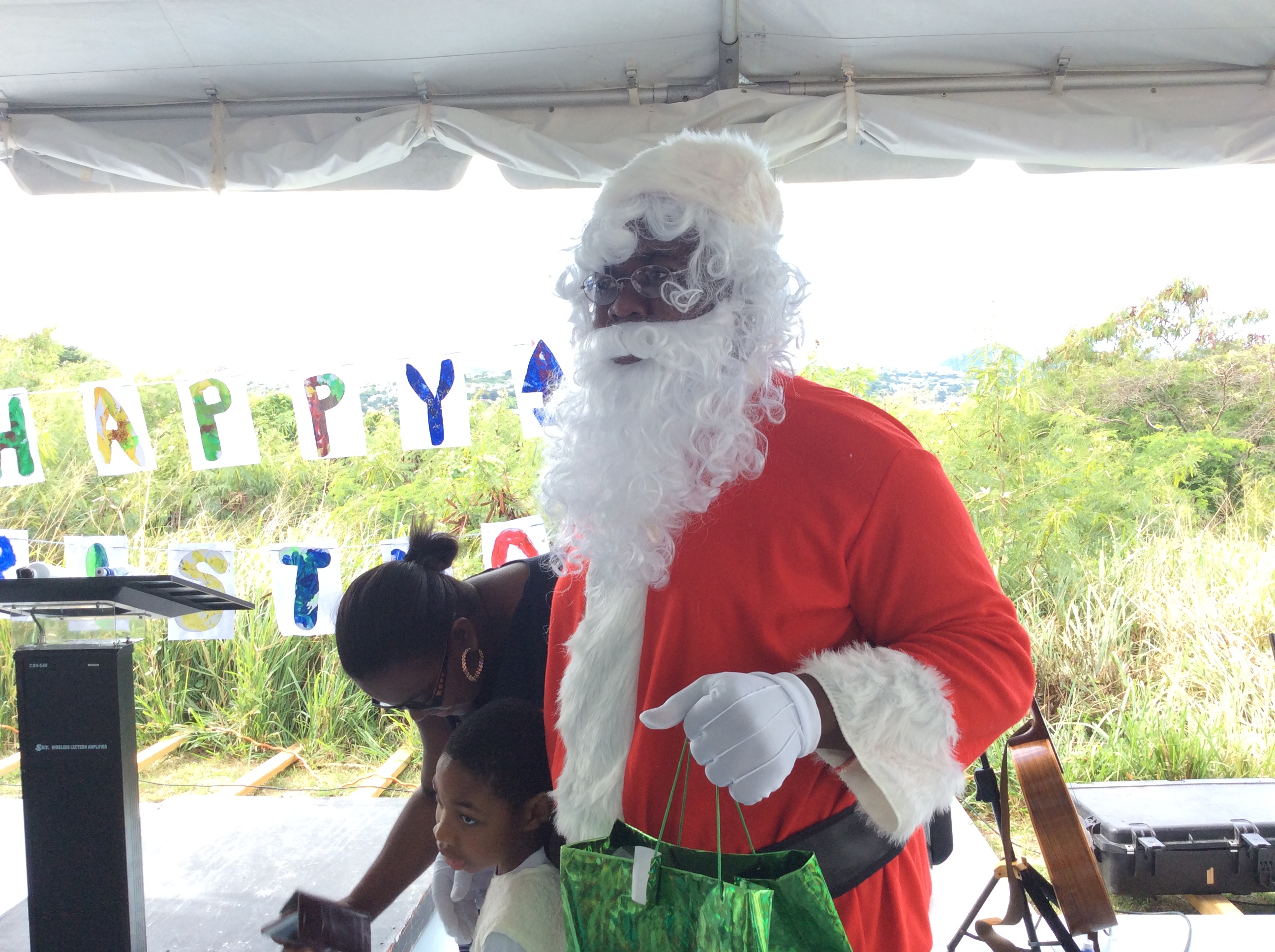 It was an early Christmas for the residents and staff of the CARE Project as the Governor General of Antigua and Barbuda and a visitor from the North Pole made a courtesy call to the Care Giving Institution on Tuesday for the annual Christmas program.

The festivities got underway with a grand opening ceremony with Matron Juliet De Labastide delivering remarks moments after the opening prayer from Pastor Jason Richards of the Lutheran Church and the National Anthem which was rendered by Asha Otto and the Itchy Feet Band.

In her address, De Labastide declared that there are still new frontiers to conquer and new heights to reach but she is certain that in the end, the Care Project will see better and more glorious days. 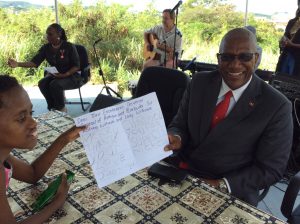 “Today we at the Care Project are in a far better place than when we arrived. We still have a long road ahead with a lot of expectations for our future but we are confident that with all our stakeholders’ continued support, we will get there,” the Matron noted.

There were remarks also by the Care Project’s Operation Manager-Walton Edwards who gave a detailed outline of the achievements of 2017 and the ambitious goals that they have set for the future while Annette Carey of Friends of the Care Project reminded the crowd that ground was recently broken for the construction of a purpose-built facility which will be able to house over thirty permanent residents. 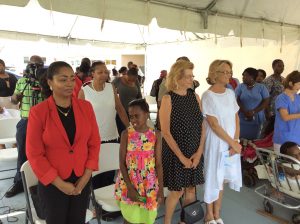 Permanent Secretary in the Ministry of Health and the Environment, Walter Christopher told the gathering that government is still looking at ways to make all public sector facilities in the Ministry more accessible and friendlier for individuals who are physically challenged and differently abled.

Christopher was deputizing for Health and Environment Minister-Molwyn Joseph who was on parliamentary duties.  He told the audience that plans are in the pipeline to reassess government-owned buildings in a bid to make them easier and accessible to disabled individuals.

“In terms of the infrastructure, we also pledge that in 2018 the Ministry will seek to assess all our infrastructure in the Ministry and upgrade them to allow for easy access for the differently able for the fiscal year 2018,” the Permanent Secretary disclosed. 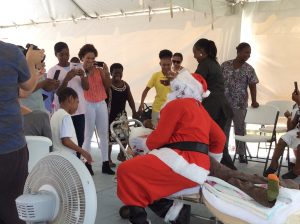 His Excellency, Governor General Sir Rodney Williams ‘address was the highlight of the morning. He asked everyone involved in the running of the Care Project to hold the fort because bigger and better things are coming.

“I want to say to those persons who have been working with the Friends of the Care Project, not to be weary in well doing because this project is a very good project and I can see that the differently abled persons are going to be moving on to even higher heights next year when that new building comes into operation. And so I want to say to you all, keep up the good work”, Sir Rodney said.

From start to finish, the atmosphere at the facility for the physically challenged was indeed cheerful as well-wishers, family members, permanent and daily residents at the Care Project, staff members and participants were treated to a spectacular Christmas Program with a difference.

There were playpens, face painting, musical renditions, food aplenty, speeches, cartoon characters, and even a trampoline was on hand but the atmosphere erupted into jubilation when the man from the North Pole, (Santa Claus) made a surprise appearance with boxes of presents which he distributed to every resident of the Project.