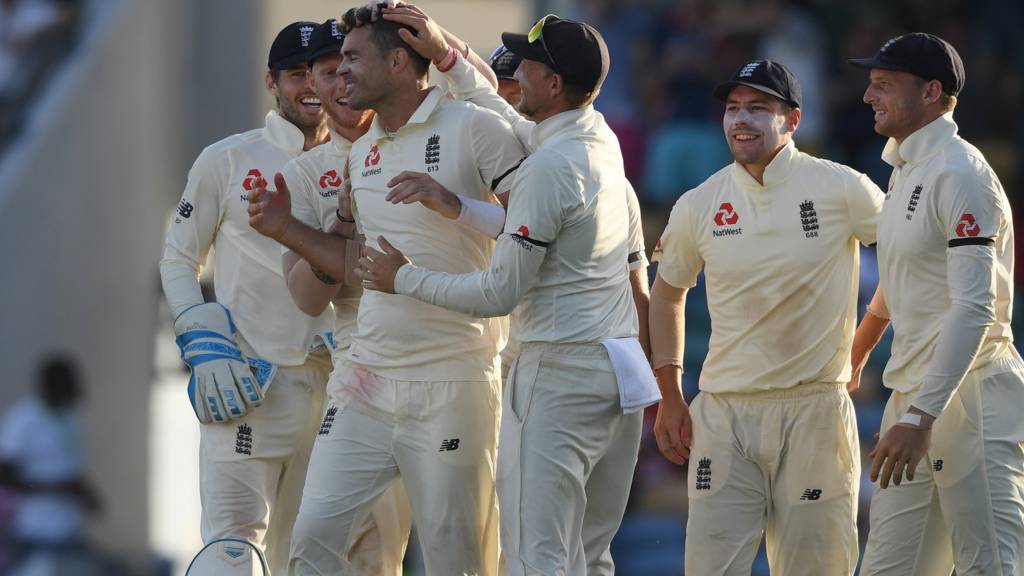 Chris Gayle’s 24th one-day hundred went in vain as West Indies paid dearly for a plethora of missed chances in the field, allowing England to complete their highest-ever run chase in One-Day Internationals and win the opening contest of the five-match series by six wickets here Wednesday.

Asked to chase a venue record 361, world number one England hardly broke a sweat as they reached their target in the penultimate over with eight balls to spare, to carve out a piece of history at the storied Kensington Oval – with what was also the third-highest successful run chase in history.

They were propelled by opener Jason Roy who blasted a chancy 123 off 85 balls while Joe Root added 102 off 97 deliveries, as England bettered their previous best run chase of 350 against New Zealand at Nottingham four years ago.

Captain Eoin Morgan chipped in with 65 off 51 balls while opener Jonny Bairstow stroked 34.

Roy slammed 15 fours and three sixes in scoring his seventh ODI hundred but lived a charmed life, benefitting from four chances on 75, 82, 107 and 119.

Root, meanwhile, was dropped on 45 and 63 – both times by Ashley Nurse – as he notched his 14th ODI hundred laced with nine fours.

Veteran Gayle had earlier blazed a shot-filled 135 off 129 deliveries as West Indies marched imperiously to 360 for eight – their highest-ever total on Caribbean soil and the highest against England.

Shai Hope stroked a typically delightful 64 off 65 balls while Darren Bravo chipped in with 40 and debutant opener John Campbell, 30, as the Windies tallied their joint third-highest ODI total – tying the mark against Pakistan in Karachi, 32 years ago.

Opting to bat first, West Indies got a decent start as debutant left-hander Campbell dominated the opening stand with Gayle, hitting four fours and a six in a 28-ball knock before swatting seamer Chris Woakes (2-59) to Moeen Ali at deep mid-wicket in the ninth over with 38 runs on the board.

Gayle then anchored the innings, first in a 131-run, second wicket stand with Hope, whose eighth ODI half-century included seven fours and a six.

Hope was the first to his half-century, reaching the mark off 48 balls in the 25th over as West Indies reached 132 for one at the half-way stage.

However, he perished in the 30th over, caught on the ropes at third man off a leading edge, trying to work one from seamer Ben Stokes (3-37) into the on side.

Gayle, meanwhile, started slowly before blossoming to pummel three fours and a dozen sixes. Dropped on nine by Roy off seamer Liam Plunkett in the 12th over, he reached his half-century off 76 deliveries before completing three figures at a run-a-ball in the 35th over, with a single to point off Woakes.

He added a further 60 for the third wicket with Shimron Hetmyer who made 20, before putting on 64 with for the fifth wicket with Bravo who belted two fours and four sixes in a 30-ball cameo.

A tiring Gayle was eventually sixth out in the 47th over, playing on to Stokes, before Ashley Nurse arrived to lash an unbeaten 25 off eight balls to sustain the tempo at the death.

In reply, England were never in trouble, especially after Roy inspired a 91-run, opening stand off just 65 balls with Bairstow, who struck three fours. England were galloping along when Bairstow fell, top-edging a pull at Holder (2-63) to be caught at the wicket by Hope.

Any hopes the Windies had of turning the contest their way were then dashed as Root anchored two century stands to put the result beyond doubt.

First, he put on 114 for the second wicket with Roy before adding 116 for the third wicket with Morgan, who stroked four fours and three sixes.

Roy fell in the 27th over, cutting leg-spinner Devendra Bishoo to Bravo at short third man and Morgan departed in the 43rd, driving speedster Oshane Thomas low to Holder at mid off.

Root reached his hundred off 96 balls in the penultimate over with a boundary off Holder to third man but then holed out to deep mid-wicket off the next ball with England needing a single run for victory.