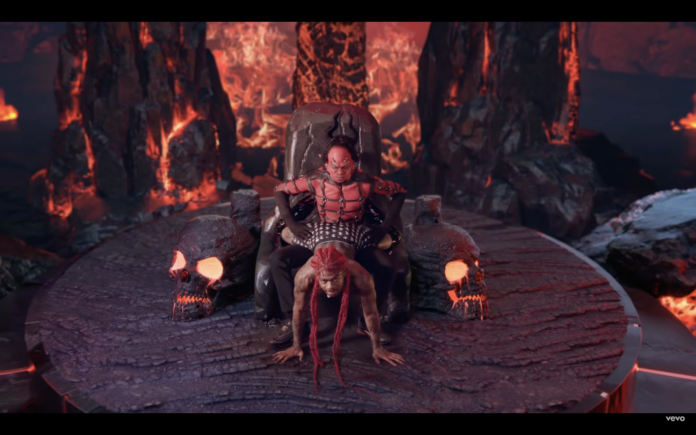 Out musician Lil Nas X shared a heartbreaking letter to his younger, closeted self just as he released his new single, “Montero (Call Me By Your Name).”

Lil Nas X soared to fame two years ago with his record-breaking hit “Old Town Road,” and he came out as gay at the height of his popularity. Now he released a new single accompanied by a very sexual and gay video .

“Dear 14-year-old Montero,” Nas opens the letter, referring to his government name, Montero Lamar Hill. “I wrote a song with our name in it. It’s about a guy I met last summer.”

“You see, this is very scary for me, people will be angry, they will say I’m pushing an agenda. But the truth is, I am. The agenda to make people stay the f**k out of other people’s lives and stop dictating who they should be.”

The video for “Montero” shows Nas in drag, shirtless, in a bedazzled muscular bodysuit, in drag, and wearing knee-high stiletto boots and underwear while giving the devil a lap dance.

His new single comes just a “Old Town Road” became the most streamed single in the U.S., according to Chart Data, with 2.992 billion on-demand streams.