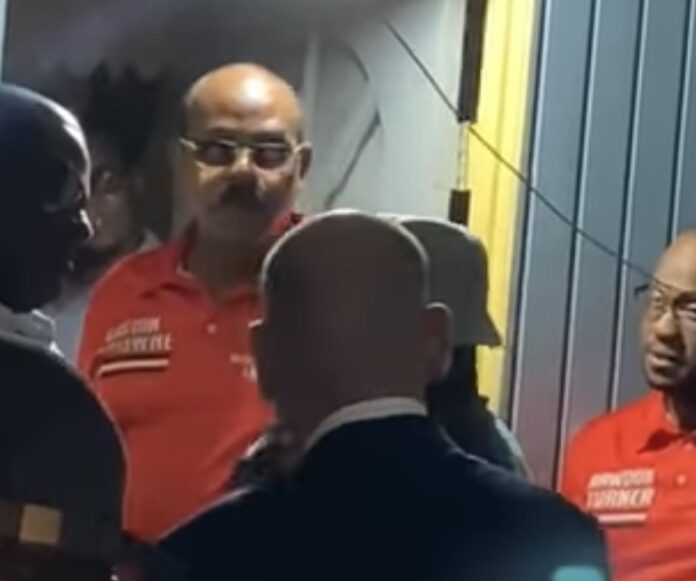 Prime Minister Gaston Browne has threatened to commit an act of violence against four-term Member of Parliament for the constituency of St Peter, Asot Michael. 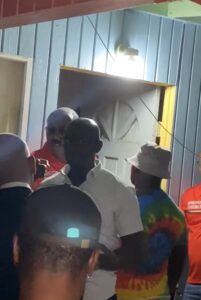 It happened Friday night (December 30, 2022) at a residence in Pares where both politicians, once close friends and colleagues in Government, were campaigning
for the general election on January 18 th , 2023. 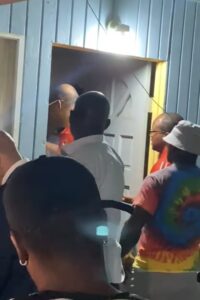 Visibly upset that Michael entered the verandah of the residence he was visiting at the time; Browne made the threat twice and then repeated it loudly a third time for the avoidance of any doubt as to what he actually said:

“If you come in my space, I will tomp you in your face”. The constituent, Marvel Christopher, said Mr. Michael did not do anything.

He only greeted her at which point the Prime Minister accused Mr. Michael of being
in his personal space.

According to Christopher, the Prime Minister was visiting her home for the first time while Mr. Michael is a regular. 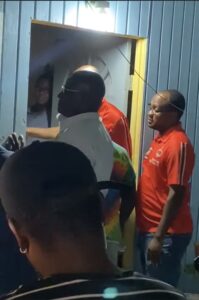 Two police officers accompanying the Prime Minister heard him issue the threat and did nothing but pushed Mr. Michael when instructed by Mr. Browne to “get him out of here”.

A contingent of masked officers from the Special Security Unit (SSU) armed with machine guns then followed Mr. Michael’s campaign team around Pares Village for the rest of the evening in an obvious attempt to intimidate them on behalf of the Labour party leader and his candidate.

Mr. Michael is contesting next month’s general election as an independent candidate after four straight wins in the St Peter’s constituency on the Labour party’s ticket.

He was unconstitutionally removed by Mr. Browne as ABLP candidate in favor of Browne’s personal choice Rawdon Turner whose selection was declared illegal by the High Court.