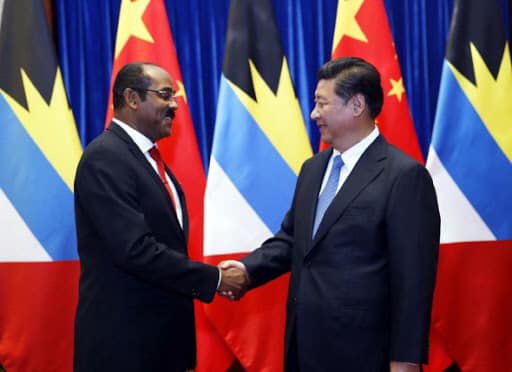 country located in the Caribbean region of Central America, spoke highly of the continuous development of bilateral relations over the past 40 years in a recent interview with China Media Group (CMG).

China and Antigua and Barbuda established formal diplomatic relations in 1983 and January 1 next year marks the 40th anniversary of the establishment of diplomatic ties between the two countries.

Browne said he believes the relationship between China and Antigua and Barbuda is at an all-time high. Over the decades, China has been the country that given Antigua and Barbuda the most support, which has helped its development in all aspects, including the recent reconstruction and expansion project of St John’s Harbour.

The prime minister also expressed that China’s proposals to promote the building of a human community with a shared future and a new type of international relations featuring mutual respect, fairness, justice and win-win cooperation are crucial to safeguarding fairness, justice and development for the world.