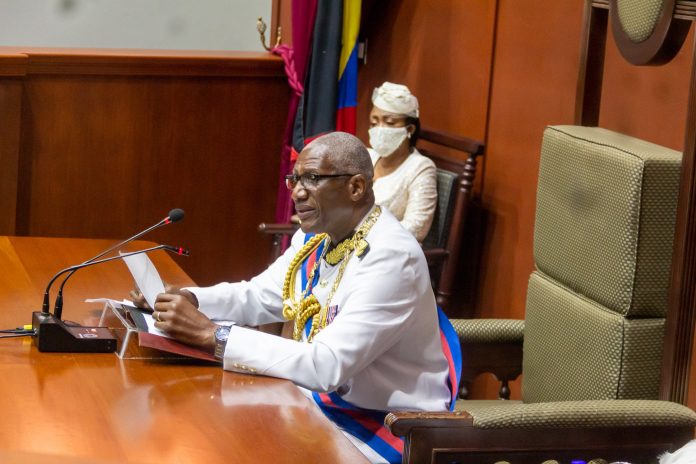 Governor General Sir Rodney Williams has told the Throne Speech that the Government of Antigua and Barbuda has invested more in providing education to youth than any previous administration, in any seven-year period.

He said: “Despite the freeze on hiring announced by my Government, the Cabinet authorized the employment of 50 new teachers; they will be deployed throughout the school system, filling gaps that need to be replenished even at great sacrifice.”

He added: “The U.W.I. Fourth Landed Campus is an investment in the youth of Antigua and Barbuda and the O.E.C.S. that demonstrates commitment to excellence and to ensuring easier access to training and new knowledge—at the tertiary level. History will recall that primary and secondary education for all, was an ambition which the 39ers deemed fitting when so many of our forebears were illiterate. My Government accepts that the 76ers introduced the Antigua State College and the Antigua and Barbuda International Institute of Technology, in order to strengthen capacity.”

He continued: “The Antigua and Barbuda Hospitality Training Institute is another of those institutions that prepares a cadre of post-secondary students for leadership in the most important tourism sector. The UWI Open Campus was another. Building on these foundations, the Fourth Landed Campus at Five Islands is a continuum in this ambition to be prepared for an unknowable future. The former Minister of Education Science and Technology did an awesome job preparing our youth. He is to be applauded.”