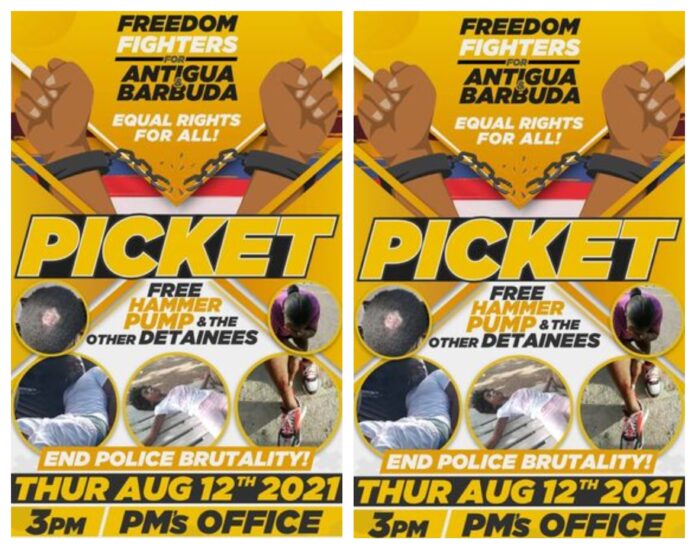 The Freedom Fighters for Antigua and Barbuda have announced that they will picket the Office of the Prime Minister this coming Thursday.

The group has circulated a flyer with images of some of the people injured in Sunday’s portest, which was organized by the Freedom Fighters for Antigua and Barbuda.

Several people were injured when police threw teargas cannisters into the crowd. 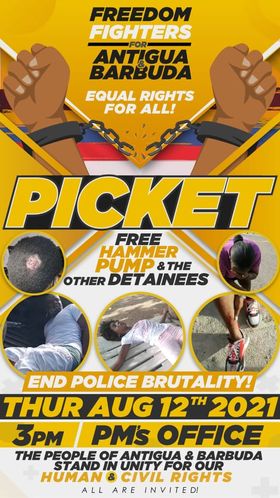