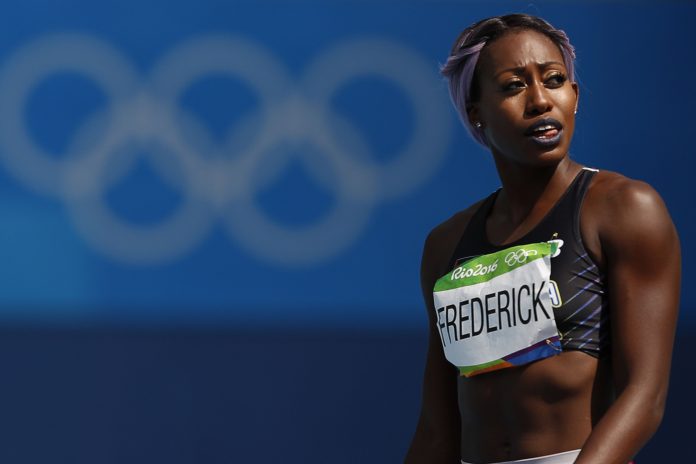 High jumper Priscilla Frederick-Loomis has set her sights on a place at the Winter Olympic Games as she looks to make history for Antigua and Barbuda.

The Pan American Games silver medallist has yet to secure her spot at next year’s Olympic Games in Toyko, which she plans to be her last.

However, speaking on The Good Morning Jojo Sports Show, Frederick-Loomis revealed she is already looking ahead to Beijing 2022 as she looks to try her hand at a different sport.

The 31-year-old said she was planning on training for the monobob event – set to make its Olympic debut at Beijing 2022 – in a bid to become the first Antiguan to compete at a Winter Games.

“I am working on something new,” said Frederick-Loomis.

“It is very nerve-wracking but I have spoken to Cliff Williams [secretary general of the Antigua and Barbuda Olympic Committee] about it.

“I am actually thinking if it’s possible to train for a new event in the Winter Olympics which is the mono bobsleigh – a one-woman bobsleigh.

“It’s a brand new event in the Winter Olympics so right now I am working a little bit with Cliff and other bobsleigh athletes to see if it’s possible.”

Frederick-Loomis has a dual Antiguan-American nationality but chose to compete for Antigua after finishing seventh in the Olympic trials in 2012.

She has won two silver medals at the Pan American Games in Toronto 2015 and in Lima four years later.

But Frederick-Loomis now wants to inspire other athletes from her country to succeed at winter sports.

“Just getting the facilities, learning how to drive (the sleigh) and all that is something I am trying to do,” she said.

“Antigua has never had a winter athlete so that’s what I am working on.

“It’s a brand new event so I have to learn.

“There is a lot going into it like how much I weigh and because of how crazy I am in general it seems like the perfect opportunity.

“If I can represent Antigua again and there is a way for some other islanders who want to try the Winter Olympics and I could get it all set up then I definitely will.”