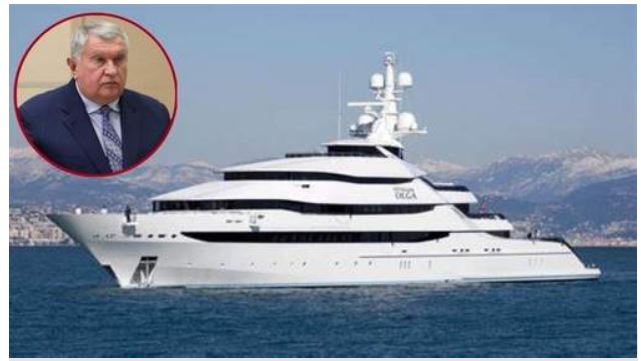 Sechin was placed on European Union and United States sanctions lists soon after Russia invaded Ukraine on Thursday last week. The EU, US, UK and others have sanctioned several high-profile Russian business executives that have ties to Russian President Vladimir Putin.

Sechin was deputy prime minister of Russia until 2012 and is said to be a close ally of Putin.

The 280-ft Amore Vero has a swimming pool that converts into a helicopter pad, according to Oceanco, its maker. It also has a private owner’s deck and a sun deck with a jacuzzi, Oceanco says.

The EU sanctions “require the detention of the vessel with immediate effect,” the French finance ministry’s press release said.

The seizure of Amore Vero appears to be the second instance of a European authority seizing a Russian oligarch-owned super-yacht since Ukraine sanctions were enacted.