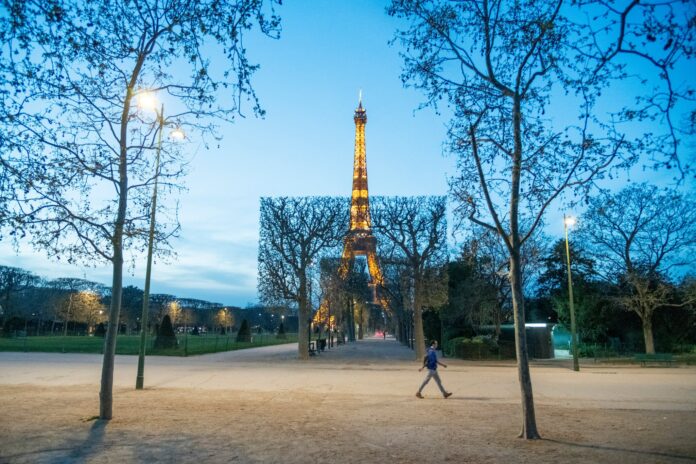 PARIS — After more than a year of lockdowns and months of a sputtering vaccination campaign, Europe’s efforts to curb the coronavirus pandemic suffered another setback on Wednesday as President Emmanuel Macron of France announced the start of a third national lockdown in a desperate move to halt a new deadly wave.

With infections surging, hospitals swelling with patients and the virus now reaching into classrooms, Mr. Macron effectively abandoned a monthslong gamble to keep France open in the hope that a steady pace of vaccinations would make a lockdown unnecessary. He said that restrictions currently covering about one-third of the country’s population would be extended nationwide for four weeks starting Saturday, and that schools would be closed for at least three weeks.

As the tally of coronavirus deaths pushed relentlessly close to the 100,000 mark, and with the highly transmissible variant first detected in Britain now accounting for two-thirds of France’s new infections, Mr. Macron gave in to scientists and opposition politicians who had been pressing for a lockdown in recent weeks, and joined the list of European nations already hunkering down before the virus.

About three-quarter of Italy’s population is barred from going outside except for work, health or other essentials. Germany has also imposed a partial lockdown, with varying degrees of restrictions depending on the region, while Poland closed all nonessential shops and switched most of its schools to remote learning.

The measures announced by Mr. Macron stop short of the strict national shutdown of a year ago that kept most people indoors and left Paris’s world-famous attractions deserted. This time, people will be able to go outside without filling out forms, though they will be limited to a six-mile radius from their homes, will not be allowed to travel between regions and will have to respect a nighttime curfew between 7 p.m. and 6 a.m.

The decision on schools — which France had succeeded in keeping open longer than other nations and which the government had showcased as the bright spot in an otherwise troubled handling of the virus crisis and the vaccination campaign — was a particularly hard blow for Mr. Macron.

YOUR CORONAVIRUS TRACKER: We’ll send you the latest data for places you care about each day.

“We have kept them open since September 2020,” Mr. Macron said, referring to the schools. “France is one of the few countries that have made this choice while being hit hard by the virus.”

Exhorting the French to keep making efforts, Mr. Macron said that the goal was to have all adults vaccinated by the end of the summer “because it is the key to reconnect with life, the key to reopen our country.”

Mr. Macron’s announcement — coming at the end of an uncharacteristically warm, summerlike day during which some Parisians went outside in short sleeves or light dresses — reversed the stance he had taken since early this year. In late January, even as neighboring countries were applying restrictive measures and his own scientific advisers were advising him to do the same, Mr. Macron rejected a new national lockdown.

That strategy seemed to be working for some weeks. But by mid-March, infections rose sharply and the vaccination campaign failed to gather speed, amid the disarray of the rollout of the AstraZeneca vaccine. Both political opponents, with an eye on presidential elections scheduled for next year, and some scientists said he had “lost his gamble.”

Bruno Cautrès, a political scientist at the Center for Political Research at Sciences Po in Paris, said that the handling of the coronavirus crisis had become a political challenge for Mr. Macron, who has long promised to make government effective and who had “taken personal responsibility” in opposing a third national lockdown.

“What appears today is, on the contrary, the idea of a head of state who plays it by ear and who doesn’t really know where he’s going,” Mr. Cautrès said, adding, “The judgment that the French will make of the handling of the crisis will be the pillar of the 2022 election.”

Amid increasingly dire warnings from health officials, France on Tuesday reported more than 5,000 people in intensive care units for the first time since last April. Over the past week, France recorded an average daily tally of more than 38,000 new cases, nearly triple the number three months earlier.

Mr. Macron’s bet that tight restrictions were not needed appeared to be based on an efficient vaccine campaign that never materialized. France, like most of the European Union, lags far behind some other countries in inoculating its people.

French health authorities on Wednesday said that about 8.5 million people had received at least a first shot of a Covid vaccine, or about 13 percent of the total population. Britain has vaccinated 46 percent of its population, and the United States 29 percent, according to data from The New York Times.

Despite the worsening situation, Mr. Macron has argued that his decision in January had not been wrong because it had not led to the explosion of cases that had been predicted.

“I can state that I don’t have any mea culpas,” he told a French newspaper last Sunday.

Antoine Flahault, the director of the Institute of Global Health at the University of Geneva, said that the French government had generally followed the advice of scientists until late January. But, on Jan. 29, Mr. Macron rejected the advice of his own scientific council — a government body that the president had set up last year to advise him on coronavirus issues and that had pressed for a strict four-week lockdown.

Mr. Flahault said that despite the government’s decision to keep things open, no new measures were put in place to prevent a new surge.

The government responded to the worsening situation in mid-March with new restrictions on certain regions, affecting a third of the population. Businesses considered nonessential were forced to close, people’s outdoor activities were limited and travel to and from affected regions was banned.

Mr. Macron’s strategy reflected the reality that, in France’s system of government, power is intensely concentrated in the hands of the president. As in previous key moments in the pandemic, rumors had circulated for days before Mr. Macron’s Wednesday speech, with ministers admitting, albeit anonymously, to the French news media that they had no idea what measures would be put in effect.

In recent months, the Élysée has tried to finesse Mr. Macron’s handling of the virus crisis, distancing him when trouble has emerged and moving him closer when things have looked up.

That strategy has sometimes taken on strange twists, as when his entourage this week seemed to try to fend off criticism that Mr. Macron had ignored the advice of epidemiologists. The president was much less dependent on experts than he had been a year earlier, they said, because he had studied and read so much on the virus.

“The president has acquired a real expertise on issues of health,” his national education minister, Jean-Michel Blanquer, was quoted as saying in Le Monde. “It’s not an inaccessible subject for an intellect like his and given the significant time he’s devoted to it for several months.”

Le Monde related how people close to Mr. Macron “were impressed by the mastery of the head of state, who has kept up with numerous research studies on the subject of the coronavirus.” According to the article, Mr. Macron was now capable of “challenging” his own health minister and experts.