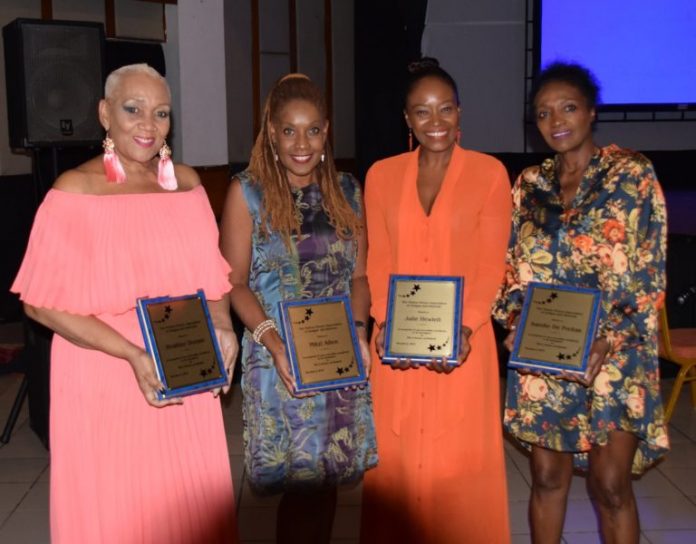 Four Antiguan and Barbudan women have been honoured for their contribution to the development of film in the country.

Doram has worked in and off the stage beginning with her role in two staged plays When a Woman Mourns and the Vagina Monologues by Women of Antigua and short plays by an English based writer who once resided in Antigua.

She also went on to take up lead and support roles in films produced by HaMa Films Antigua and later a series on state television, dubbed Keeping It Real.

“I have been recognised for so many other things in my life [but] I never even thought of me being recognised in this particular area. The important thing about my involvement with film and things like that, I have always thought and I still feel that as Antiguans and Barbudans, we need more opportunities to see ourselves,” said Doram.

Mitzi Allen expressed gratefulness and shared her plans for the filming industry.

“At this moment I am very grateful and I appreciate the recognition. It gives me motivation to keep going with what we have been doing in training and development and with pursuing our work as independent producers,” said Allen.

Mitzi Allen, a Broadcast Journalist and Film and Television Producer with over 30 years of experience, teams up with her husband Howard Allen to do film and television production.

The couple has produced the Sweetest Mango, a Caribbean love story; No Seed; Diablesse; and The Skin. The fifth feature film entitled Deep Blue is currently under production.