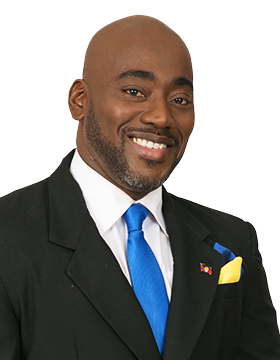 Lamin Newton, former United Progressive Party (UPP) member, tendered his resignation from the party on Wednesday saying he was at odds with the leadership of the party.

The former All Saints West Constituency caretaker, wrote a letter addressed to UPP’s General Secretary Shawn Nicholas, outlining that he could not continue to be a member of the political organisation in its present configuration.

In response to Newton’s resignation, Leader of the Opposition, and Member of Parliament for All Saints East & St Luke, Jamale Pringle made clear his intent and commitment to defend the honour of the UPP.

He put Newton and any other like-minded individuals on notice that he will be in the forefront of the fight, not only for his party, but also for the redemption of Antigua and Barbuda.