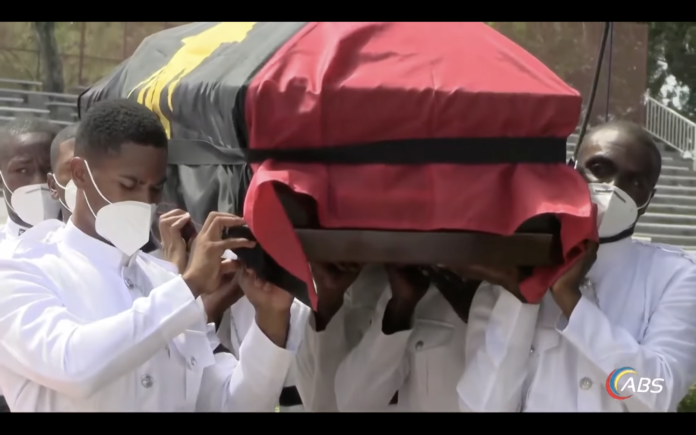 The establishment of a pan academy in the name of the late Victor “Babu” Samuel was recommended to the Government by Dr. Baldwin Spencer, today, August 8, as he eulogized his late friend and the renowned pan player during an official funeral service at the Antigua Recreation Ground.

Samuel was considered one of Antigua and Barbuda’s top arrangers and pannists, having led the Halcyon Steel Orchestra to eight of their 14 Panorama championships and winning the title for four consecutive years.

Additionally, as arranger, Babu laid claim to three of the band’s five Moods of Pan titles.

The steel orchestra has not had a permanent home since its Knuckle Block pan yard was demolished, and Dr. Spencer’s call for a new location to be named in Samuel’s honour was met with applause.

He also arranged and conducted pan music at the Ottos Comprehensive School and the St. Joseph’s Academy.

Spencer, who was Samuel’s best man at his wedding 10 years ago, says his commitment to the art form was tremendous; not only in Antigua and Barbuda but regionally, including in Trinidad and Tobago.

During a ceremony dubbed “The Man and His Pan,” a number of people paid tribute to the late icon in song, on the pan, and in poetry.

Samuel, who had been ailing for some time, passed away on Tuesday, June 28.

He had suffered a stroke two years ago, and this took a toll on his ability to play pan. However, in March, he received an award for introducing pan to the Police Marching Band.- REAL NEWS