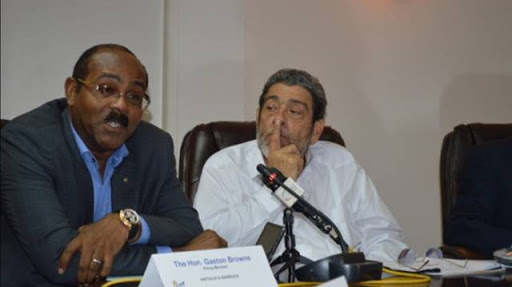 Former LIAT workers in St Vincent and the Grenadines (SVG) may soon be paid some sort of benefit for the loss of their jobs. CLICK HERE TO JOIN OUR WHATSAPP GROUP FOR NEWS UPDATES.

Prime minister, Dr Ralph Gonsalves gave an indication of this when he spoke on the Issues at Hand Programme onWE FM on Sunday, July 10.

“I asked Gaston [Browne, prime minister of Antigua/Barbuda] to ask the administrator for the final numbers for St Vincent and the Grenadines workers for us to see what we could do.”

The more highly paid LIAT workers were stationed in Antigua and Barbuda and Barbados. St Vincent and the Grenadines generally had office staff.

While speaking about LIAT’s indebtedness, Gonsalves said he also asked the Antigua/Barbuda prime minister “to get the indebtedness for small taxi operators, hoteliers and people who had purchased tickets.”

In relation to tickets which were bought, LIAT owes customers “something like EC$10 million,” Gonsalves said.

This money is yet to be refunded to customers of the now insolvent airline.

While there be no legal liability for LIAT, the prime minister spoke of it’s moral consideration.

“What about the farmer in Park Hill who bought a ticket to attend his daughter’s wedding in Tortola, but LIAT couldn’t travel and that person ain’t get back their money?”

The former LIAT Chairman also asked about the airline’s moral responsibility to small hotels, restaurants and taxi services which are still owed by LIAT 1974 Ltd.

He added that if there were a legal claim, there are some pilots who would get in excess of five hundred thousand dollars.

Gonsalves charged that some former LIAT pilots, engineers, flight attendants and other workers were “highly irresponsible” and caused the airline to lose a lot of money.

The prime minister spoke of strikes, delays and other industrial action which caused LIAT to lose cash, while having to make refunds.

Recently, the Leeward Islands Airlines Pilots Association (LIALPA) expressed disappointment in statements made about airline workers by Gonsalves in relation to LIAT.

The pilots said in a press release that it was unfortunate that Gonsalves is chastising workers “in their time of need.”

LIALPA said that blaming workers for LIAT’s failure was “inaccurate and a cheap shot.”

With not much private sector interest, the shareholder governments had to carry LIAT’s weight until became insolvent and stopped flying.

“We were searching for private sector people, we couldn’t get any,” Gonsalves recalled.

In the present plans for air transportation, the SVG prime minister said “all the governments have to be involved, bear the burden so that it becomes easier.”

“Nobody should be freeloading,” he cautioned.

Plans for a regional carrier were discussed at the recent meeting of Heads of Government of Caricom in Suriname.

A discussion had taken place there between the leaders of Antigua and Barbuda, Grenada, St Vincent and the Grenadines, St Lucia, Barbados and Guyana.