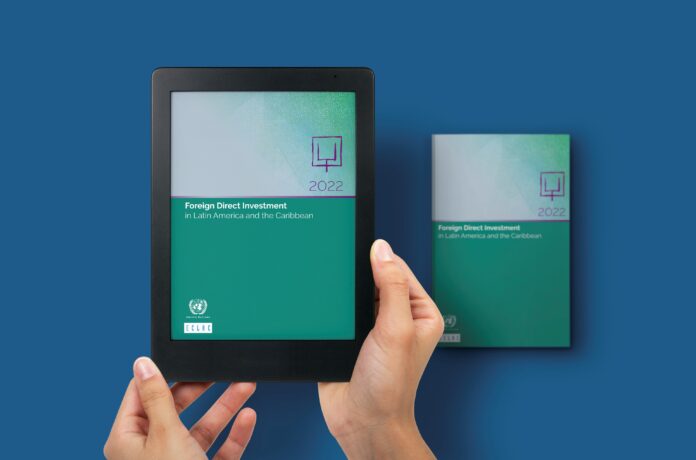 In a new report, ECLAC calls on the region’s countries to use FDI strategically to strengthen and develop capacities that would contribute to sustainable and inclusive development.

Globally, FDI inflows increased by 64% in 2021, reaching approximately $1.6 trillion dollars. As a destination for global investments, Latin America and the Caribbean saw its share decline, however, representing 9% of the total – one of the lowest proportions in the last ten years and far below the 14% recorded in 2013 and 2014.

In Central America, Costa Rica ranked as the subregion’s top recipient for the second consecutive year. In Guatemala, a large acquisition in the telecommunications sector accounted for the considerable increase seen there. Panama, meanwhile, managed to recover after investments took a major hit in 2020 Investment App.

In the Caribbean, Guyana was the country that exhibited the greatest growth in inflows, surpassing the Dominican Republic, which in prior years had been the leading recipient of investments in that subregion.

The services and natural resources sectors, with increases of 39% and 62%, respectively, were the most dynamic sectors, the document indicates. In the manufacturing sector, the decline in FDI inflows in 2021 (-14%) was attributable to decreased investments in Brazil.

The European Union and the United States were the main investors in the region in 2021, representing 36% and 34% of the total, respectively.

Telecommunications and renewable energy held firm as the sectors that spark the most interest among foreign investors for carrying out new projects; however, the announcements of new investment projects did not rebound in 2021 and are at their lowest point since 2007 ($51.500 billion dollars).

This coincides with greater interest on the part of investors in developing new projects in developed economies, mainly the European Union and the United States.

The number of mergers and acquisitions in the region increased (33%) in 2021, but is still at one of the lowest levels in the last decade. The 20 largest deals amounted to $18 billion dollars and occurred in Brazil, Chile, Colombia, Guatemala and Mexico.

“For foreign direct investment to have a positive impact, it is necessary to coordinate productive development policies with the attraction of high-productivity investments, in activities that would support virtuous development processes in terms of inclusivity, employment quality, environmental sustainability, innovation and technological complexity.

The cascading crises that the region is experiencing force us to define strategies to position Latin American and Caribbean countries on the world stage for investments,” ECLAC’s highest authority warns.

In 2021, outflows from Latin American transnational companies (known as traslatinas) also recovered from the sharp drop seen a year earlier (+302%). While Brazil, Chile and Colombia showed an increase in the flows of direct investment abroad, Mexico recorded a setback.

The second chapter of the report, which is dedicated to Foreign Direct Investment in the pharmaceutical industry in the region, poses that FDI constitutes a strategic tool for capacity development in this sector in Latin America and the Caribbean.

Transnational companies are the ones that make the biggest investments in Research and Development (R&D) and patents, which means that the transfer of technology and knowledge plays a key role in the development of local industrial capacities.

According to the document, Latin America and the Caribbean, with 660 million inhabitants, is projected as the market that will have the world’s greatest growth in the sale of pharmaceutical products between 2021 and 2026.

The pharmaceutical industry in the region is small (0.4% of the region’s GDP and 0.2% of employment), but it has high productivity, it employs skilled workers, and the salaries are higher than in the rest of the manufacturing industry.

For these reasons, the region needs sectoral strategies and mechanisms for identifying quality investments, complemented by stimulus for domestic investment and local research and development, ECLAC underscores.

The third chapter, entitled “The emerging electric vehicle industry: opportunities for Latin America,” emphasizes that climate change and the process of transformation of the automotive sector open a window of opportunity for promoting investments and developing productive capacities in Latin America and the Caribbean.

To make progress in this regard, more ambitious and coherent production policies are needed to boost demand and bolster supply, the Commission sustains.

Vehicle manufacturers and energy companies, through more proactive business models, can become agents for the dissemination, development and expansion of these new technologies.

The most interesting opportunities lie in the segment of electric buses for public transportation, and that is where a clear production policy must be defined for the entire sector, the report concludes.