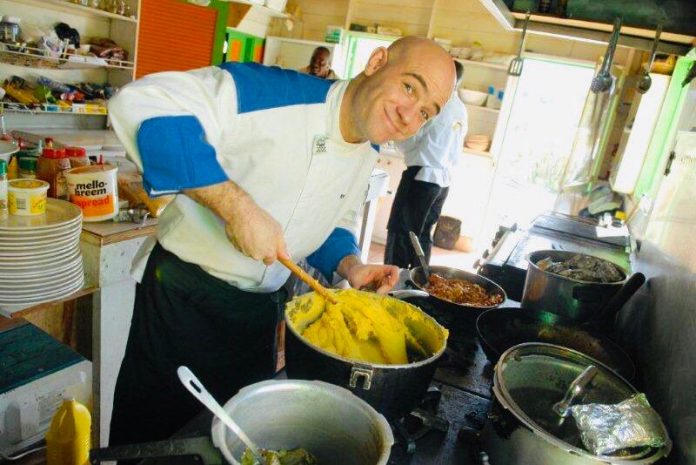 Throughout the pandemic, cooking at home has become a growing phenomenon, but Food Network Judge on Chopped, Maneet Chauhan, tells travel advisors that the exploration of the authentic flavors of the Caribbean’s storied past, will be high on the bucket list when travelers return to the region.

Chauhan was among 7 industry experts on a panel assembled by Travel Advisors Selling the Caribbean (TASC) to discuss the topic “Culinary Tourism: The Secret Sauce in Selling the Caribbean.” Her international perspective was highly sought in assessing the appeal of the Caribbean’s culinary product in a highly competitive marketplace. Chauhan explained that while native dishes like jerk chicken, rice and peas and curry goat are the main dishes served at typical restaurants, there is room for more creativity in presenting lesser known Caribbean food options.

The highly acclaimed chef and restaurateur, explained that the Caribbean can benefit from the concept that television show Chopped is based on, by creating culinary experiences that explore new ingredients, flavors and techniques. “One of my favorite things about Chopped, is that the culinary programs go beyond just cooking. It’s about having a local chef demonstrate a new technique. This is a way to get the guests involved, perhaps getting four ingredients that are so quintessentially Caribbean and having them learn more about those ingredients. How can the chefs put their own signature on it and make it their own?  So when guests leave the Caribbean they will take a new ingredient with them and form strong connections with that place. By cooking in a coconut shell or using cassava flour. All of these things I think are very integral in forming that Caribbean connection, which will inspire people to keep on coming back over and over again.”

Two other celebrity chefs on the panel also described how their unique Caribbean food experiences have strengthened their connections to Caribbean culture.  Chef Nina Compton, a native of St. Lucia and runner-up on Bravo’s Top Chef, explained that global influences, combined with indigenous Caribbean ingredients define the evolution of Caribbean cuisine that today’s visitors crave. Compton who currently runs a restaurant in NOLA stated, “Our cuisine is based on what is grown, raised or caught. But to fully appreciate Caribbean cuisine, we must highlight our roots, because that’s why people come to the Caribbean, to sink their toes in the sand, drink a cold Red Stripe and immerse in our culture.”  Compton recalls one of her fondest memories of Jamaica “It was freshly caught lobster that was just cut in half and grilled with a lime vinaigrette. I still remember the taste 20 years later. We have to create those special moments for visitors, because that’s what they come to the Caribbean for.“

Another cooking show finalist, Kevin Cottle, who appeared in Gordon Ramsay’s Hell’s Kitchen, Season 6 weighed in on the appeal of Caribbean food. “It is the authenticity that visitors find so appealing.  I recall eating a goat stew from a food shack in Antigua. I also went to get produce from the market with a local chef and went back to his restaurant Dennis’ at Frye’s Beach to learn more about preparing local cuisine.”  Cottle, who is currently the Executive Chef on Celebrity Cruises, explained that flavors of Caribbean cuisine are almost as pure when prepared, as when they are were harvested.  “The food is natural and healthy, with very few artificial elements and that is the appeal,” he added.

Other panelists on this culinary webina:

The webinar was moderated by Derede Whitlock of DSW Consulting, a TASC Board Member. She noted a general consensus among all of the industry leaders that being immersed in Caribbean culture through cuisine can be an eye opening experience. “Our cuisine provides an insider viewpoint about some of the things that Caribbean treasures: diversity, authenticity and a lot of fun.”

Jamaica’s Minister of Tourism, Hon. Edmund Bartlett who was previously scheduled to be a part of the panel, sent a  recorded message in which he highlighted some of the novel culinary tours and adventures in Jamaica and the rest of the Caribbean. “The cuisine of the Caribbean region is a melting pot just waiting to be discovered. It cannot be just pigeonholed into two or three dishes. I think that’s what makes Caribbean foods so intriguing and delicious.”