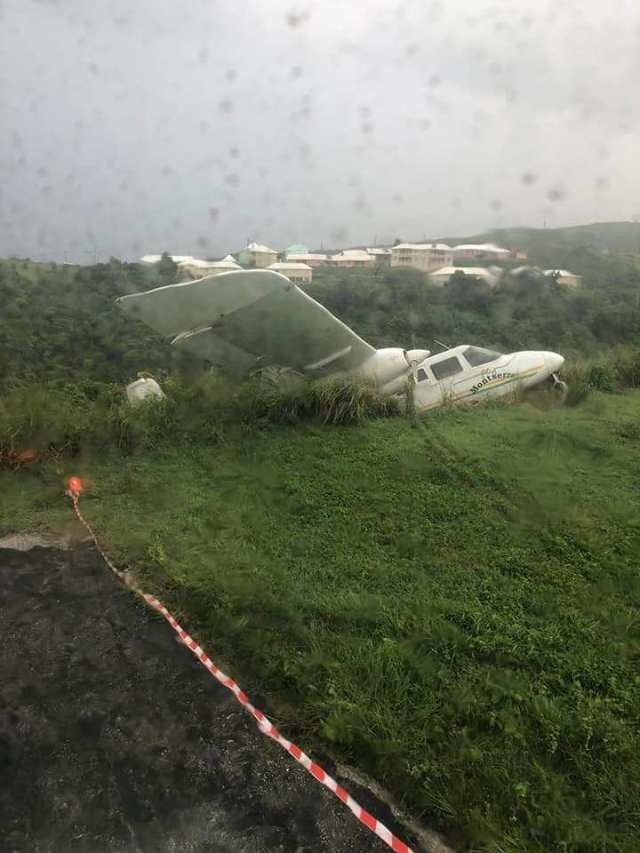 No injuries were reported after an aircraft went off the runway at the John A. Osborne Airport on Monday afternoon.
The Governor’s Office, which has responsibility for aviation confirmed the accident, shortly after photos began appearing on social media.

“We can confirm that at around 1620 this afternoon, a Fly Montserrat Islander ran off the runway at the John A Osborne Airport today. All six passengers and the pilot are unharmed. The airport is closed until further notice while the incident is investigated and the plane removed,” the release stated.

Fly Montserrat is a local airline and is one of two companies which services daily flights from the John A. Osborne Airport.