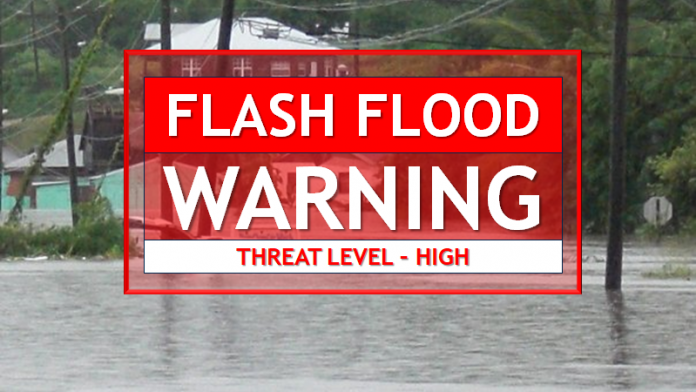 Antigua remains under a flash flood warning until at least 9 p.m.

The Antigua and Barbuda Meteorological Services confirmed that the warning has been further extended from 4 p.m. to 9 p.m.

Those in low-lying and flood prone areas are asked to move to higher ground.

There have been no reports of injuries from the island-wide flooding Monday and Tuesday
however the impact on properties, vehicles and livestock has been moderate.

According to reports from District Disaster Coordinators (DDC) who volunteer on behalf of the National Office of Disaster Services (NODS) in the various communities, a number of homes were severely flooded and some residents had to be assisted by first response agencies.

This was the situation in areas like Bolans, Browne’s Avenue, Grays/Green, Yorks and Upper Fort Road.