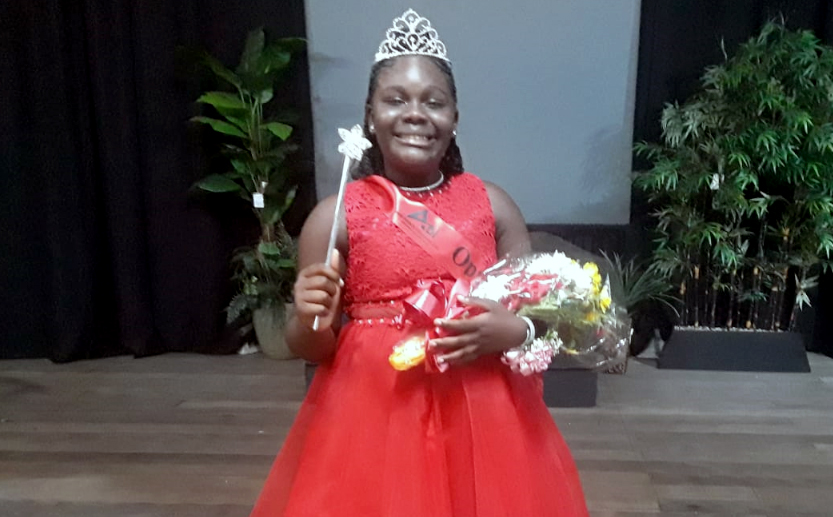 “I feel good,” said Shanae after her win at the UWI Open Campus last evening.

“I worked hard and I did my best”.

Her favourite part of the night, she said, apart from being crowned Optimist Petit winner, was her performing talent and doing what she loves and having fun with it.

Competing in three segments, the young Peters was adjudicated the best Performing Talent.

11-year-old Jewel Crump, another student of the Five Islands Primary School and sponsored by Express Laundromat and Dry Cleaning Services, earned the third runner-up position. She also claimed the title for best Interview on the evening.

With Jewel’s best interview win, the Five Islands Primary School would have garnered three of the show’s top four spots overall and all three of the judged segments on the night.

President of the Optimist Club Alison Charles was extremely impressed with the children’s performances.

“Most of the delegates hold back a bit when we have our practices,” said Charles.

The ABI Insurance Optimist Petit Show, now in its 27th year, provides an avenue for boys and girls between 9 -11 years old to showcase their talent and develop their public speaking skills.

This year, ten boys and girls competed for the coveted title.