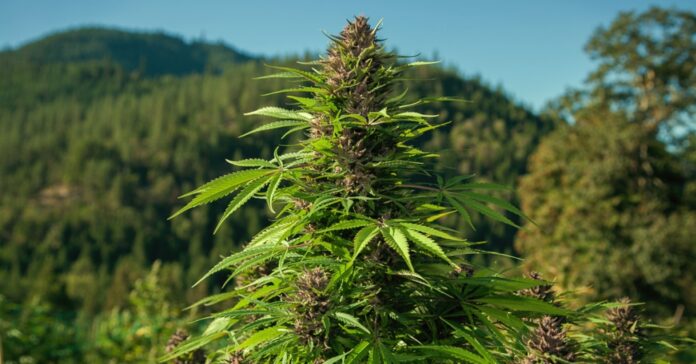 The first cannabis consumption lounge in St Vincent and the Grenadines opened late Friday at the Coconut Grove Beach club, with people obtaining permits to buy cannabis products for a year, after an onsite consultation with a physician. CLICK HERE TO JOIN OUR WHATSAPP GROUP.

“Today, we’re launching Greenhouse Café, which is a cannabis consumption lounge, the first of its kind in St Vincent and in the Eastern Caribbean,” said Marie Helene Tremblay, general manager of Medicinal, a medical marijuana company.

The launch was held at Canash Bay.

Tremblay, who holds a doctorate in organic chemistry from Georgia Institute of Technology, said that her company decided to conduct a clinic during the launch “so that we give access to cannabis and easier access to cannabis”.

Therefore, the company invited Dr Roger Duncan, who is also medical officer of health, Dr Jose Davy, the government’s infectious disease specialist and Dr Francois Truchot, one of the nation’s leading dentists, to do consultation with patients.

“Once the patient has a prescription for medicinal cannabis, they then can go see the Medicinal Cannabis Authority to obtain their cannabis ID card that is valid for a year in St Vincent,” Tremblay said, referring to the state agency that regulates the medicinal cannabis.

“Once they have their ID card, they can come and purchase their products here directly at our dispensary and consume as well here while enjoying the night in front of the beach,” she said.

Davy says that most of the patients she saw at the event had complained of chronic pain.

She said that chronic pain generally, mainly arthritis, tops the list of complaints among people for whom medical marijuana is prescribed.

Davy said she would consider medical marijuana for patients who had tried classic medicines and they didn’t work for them.

Additinally the patient may have these underlying conditions such as stomach issues, which could result in stomach bleeding if they take a lot of painkillers.

And there’s generally a lot of people out there now who want to move away from the route of pill-popping and having something a bit more closer to nature. So it’s those things that we keep in mind when we’re prescribing,” Davy said.

“I know that when people hear medicinal cannabis, the cannabis and the marijuana is still in their head, they’re just thinking about smoking, but that is not the only form of getting the properties of cannabis.”

Tessa Glass, manager of K Group, which owns Coconut Grove, said the beachfront development was “a whirlwind project”, which was originally conceived last November with cruise ships in mind as there was a demand for a bubble facility as a result of the COVID-19 pandemic.

Among the people at the launch was Minister of Agriculture and Industry, Saboto Caesar, who emphasised that he was there “purely, as an observer, not a participant”.

He said he was happy to see that the law was being adhered to.

“I also witnessed that the Medicinal Cannabis Authority are here in their numbers,” he said adding the MCA “can ask that certain things be tweaked if they think that they have fallen outside of the legal framework”.

Dr Jerrol Thompson, chief executive of the MCA, explained that the International Narcotics Control Board has sanctioned the consumption lounge concept, since about 2015, 2016.

“Well, I think that this is an important start,” he said of Greenhouse Café, adding that the MCA has issued licenses for a number of dispensaries.