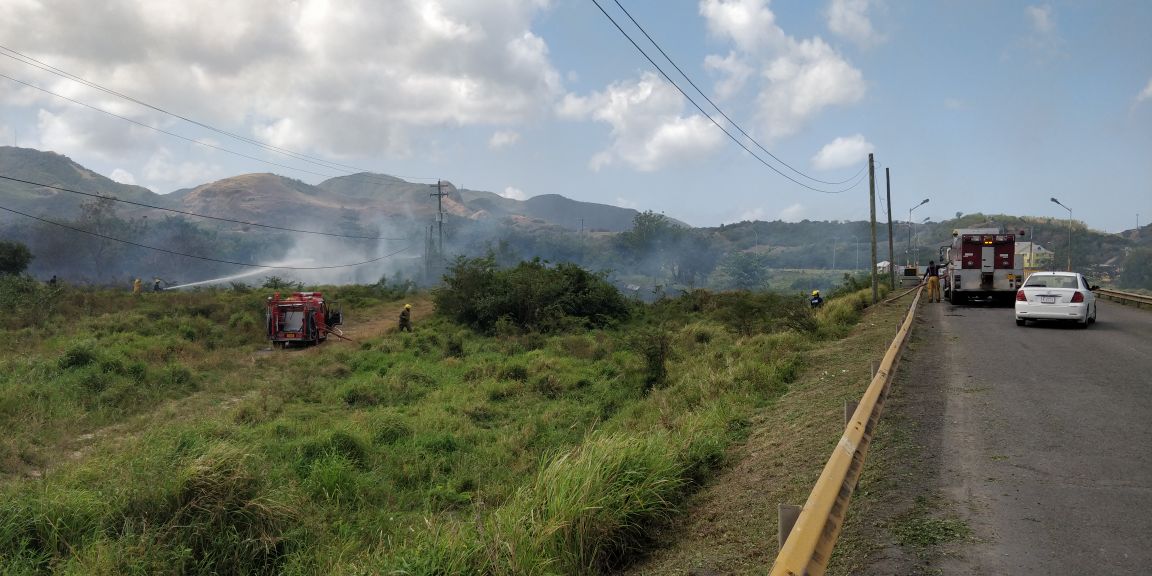 While thousands of electors report to the polls in Antigua and Barbuda today, firefighters have had their hands full in their efforts to control a bush fire in Creek Side on Valley Road.

One of the fire officer’s told ANR that they saw the blaze when they were returning to the St John’s Fire Station from another call. He said, however, it is not clear under what circumstances the fire started.

The fire service started their attempts to put out the blaze around 10 am, as the flames quickly spread through the dry grass, sending plumes of smoke and embers into the air.

Two fire tenders and about eight officers were on the scene of the fire when ANR arrived. At 10:45 am, when ANR left the area, the firefighters were still trying to control the bush fire.