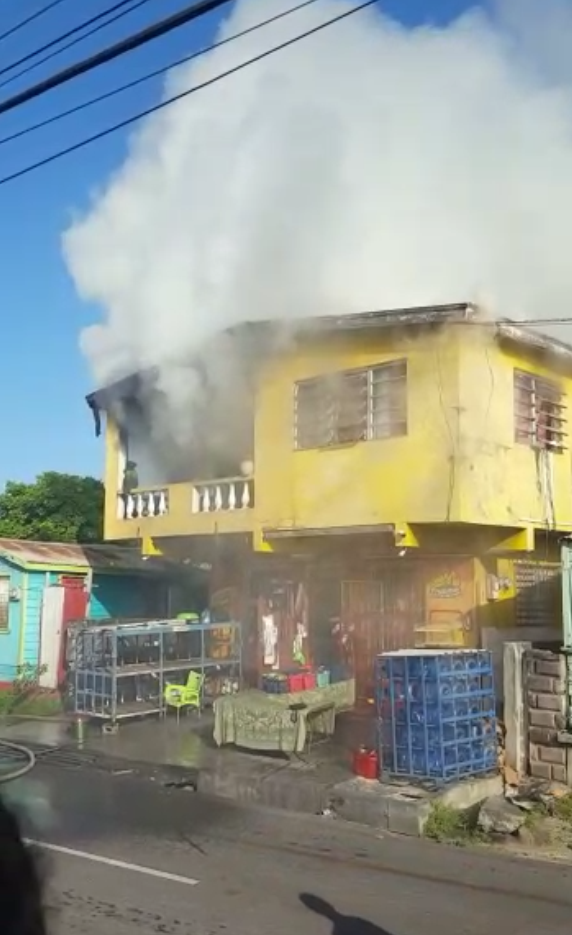 During the early hours of Tuesday in Gray’s Farm, the dwelling quarters for a mother and her three sons was engulfed in flames.

The flames affected the top floor (dwelling quarters) of the two storey building. The ground floor hosts a superette operated by Ruth King.

Firemen reportedly responded to the call of a fire at 7:20 am, and according to Corporal Steve Phillips  his team took just five minutes to get the blaze under control and another 10 minutes to completely extinguish the flames.

“When we got here the top was engulfed.” said Corporal Phillips.

However, before the firemen arrived on the scene, Clarvis Richards, a resident of the community, ran into the store to notify an unaware King of the fire raging above her.