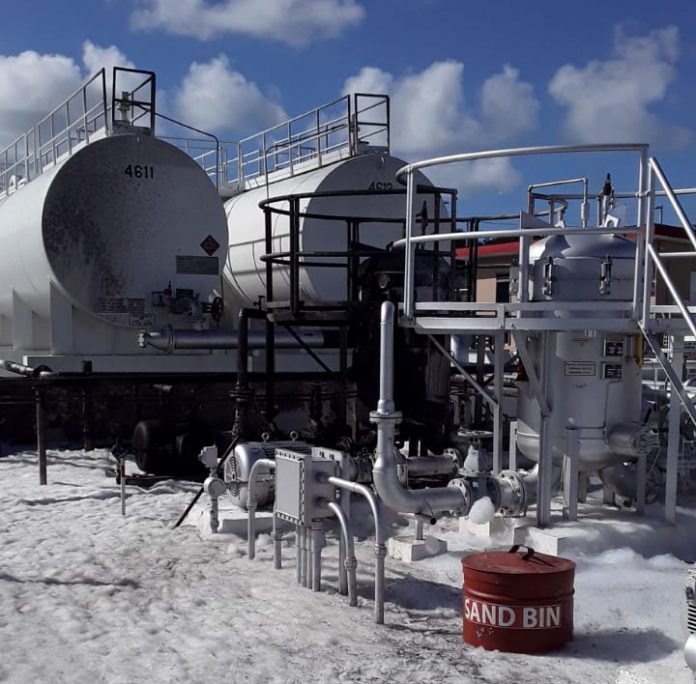 The LPG provider’s no. 2 pump, located near to the tarmac at the V.C. Bird International Airport, caught on fire today at around 1:20 pm possibly because of leakage at the pump.

Also, the fire left some damage to a filter vessel of the pump and also slight damage to the no. 3 pump which sits immediate beside it.

The firemen arrived on scene within 10 minutes and used foam to extinguish the blaze before the fire could spread to the main LPG storage tanks.

According to Fire Brigade Chief Elvis Weaver, the fire was caused due to possible leakage at the pump.

“These things are man-made, so there was probably some accident that took place. But I think that Rubis has all its safety measures in place. And, we do a lot of educational [activities] with them… a lot of drills etc.” Weaver explained.

He also shared that he does not believe the fire had anything to do with human error.

There were no injuries or casualties suffered as a result of the fire.