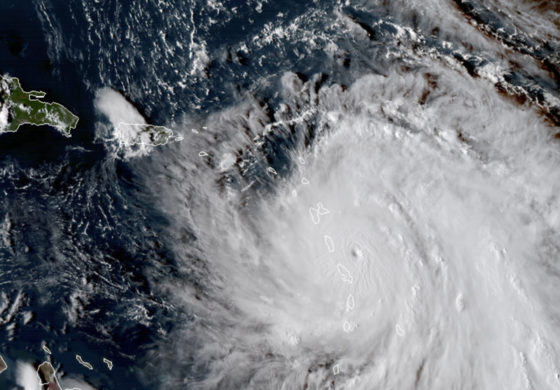 US forecasters have downgraded their hurricane season predictions.

They now say that ocean conditions suggest it is now likely that a below-average number of storms will strike the Atlantic and Caribbean this year.

According to the National Oceanic and Atmospheric Administration’s Climate Prediction Centre, conditions in the ocean and the atmosphere are conspiring to produce a less active Atlantic hurricane season than initially predicted in May.

Experts now expect that between nine and 13 storms large enough to earn their own names will form, of which four to seven will become hurricanes.

No more than two major hurricanes with winds 111 miles per hour are forecast before the season ends on November 30.

Earlier this year, National Oceanic and Atmospheric Administration (NOAA)  had anticipated a “near-normal” year with 10 to 16 named storms, including five to nine of hurricanes in 2018.

The milder outlook comes after a particularly devastating year in 2017, when 10 hurricanes tore through the Atlantic basin making it the most expensive season on record.