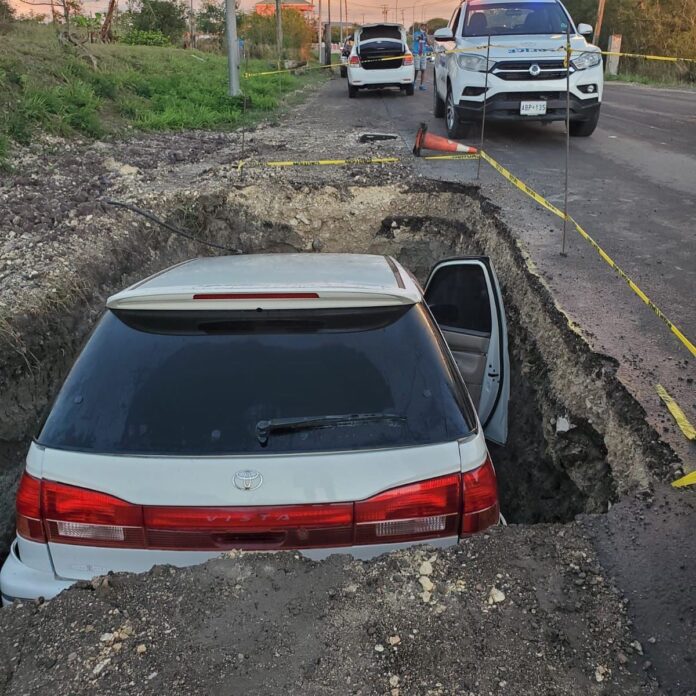 UPDATE: A female motorist has been treated for reportedly minor injuries after her vehicle ran off the road and ended up in a ditch along the Sir Sydney Walling Highway shortly before 6 Friday morning.

The motorist reportedly told police the bright light from an oncoming vehicle affected her, causing her to lose control of the vehicle.

A vehicle fell into a large excavation on Sydney Walling Highway sometime between Thursday evening and Friday morning.

The white Toyota Vista burst through caution tapes that surrounded the large hole, in the vicinity of Charlie’s Service Station, before coming to its abrupt stop.

It is unclear whether anyone was injured in the crash, but the interior of the vehicle did not appear to be damaged.

A tow truck arrived on the scene after 8 am to remove the vehicle, which sustained minor front-end damage.

The vehicle also destroyed PVC pipes that ran through the excavation as part of the ongoing road works in the area.