One farmer admits that he kills them on sight but his efforts grow futile as they seem to increase in numbers.

“But the more I see them… it’s like these things resurrect,” he said.

Chief Plant Protection Officer Dr Janil Gore-Francis confirmed that many farmers are facing the same issue mainly in the area of Cassada Gardens and Judges Hill.

Dr Gore-Francis admits that the department is struggling to deal with the issue for several reasons.

“We have been trying to gather information because the fact is, iguanas are not really a plant pest. However, it is a menace and we are trying at the ministry level to see what can be done. We understand some people are hunting the green iguana,” she said.

She also explained that the iguanas are invasive species; meaning that they have a tendency to spread to a degree believed to cause damage to the environment.

“It’s an emerging issue and we don’t know how it is going to impact the farmers … but we are trying to be proactive and try to manage the population before it gets to a stage where it could be a major problem for our farmers,” Dr Gore Francis said.

Francis also mentioned that the green iguanas sometimes get confused with the native ground lizards.

“A few nationalities that live here have been hunting them. If you eat them that’s good. But we have to make sure that we can differentiate between them,” she said.

Ground lizards are green and brown in colour and help with insect control. 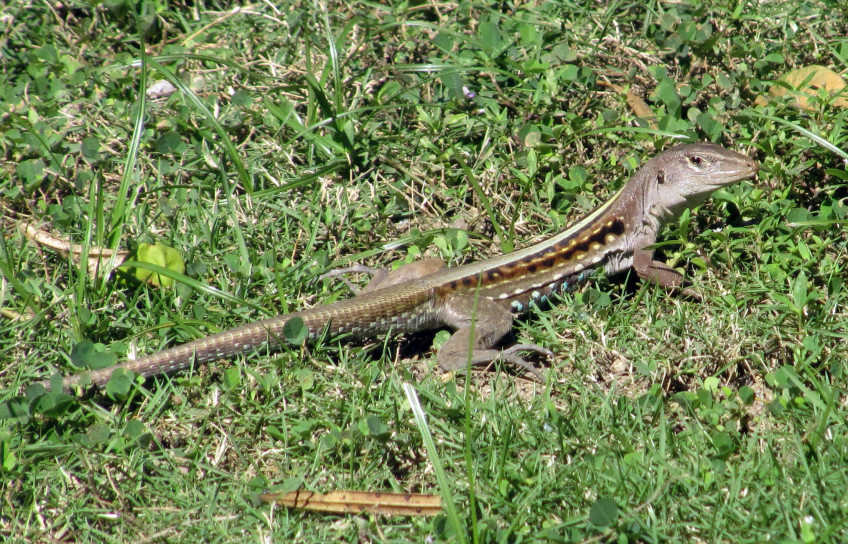