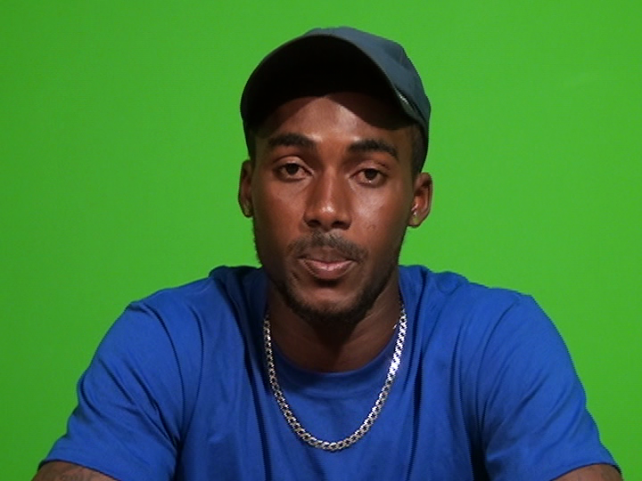 Almost two weeks after a motorcycle accident on Christmas put him near death, national cricketer, Tyrone Theophile, uttered his very first words on Tuesday afternoon in a Martinique hospital.

On Sunday, December 27, 2020, Theophile was airlifted to Martinique where he was put into an induced coma before undergoing surgery for a fractured skull.

In an interview with DNO earlier that same day, the cricketer’s mother recollected the moments when her son, who had come out of the coma, responded to her voice.

“We were on the phone on January 2. I spoke to him and told him Tyrone if you can hear mummy voice all I want you to do is to open your eyes, squeeze your girlfriend’s hands, and move your toes,” all of which she says he did.

Now, having been named “Miracle Tyrone” by his mother, the 31-year-old who is still in the Intensive Care Unit (ICU), is said to be making serious progress as he no longer requires a ventilator to breathe.

His mother revealed that with strict observance of the health protocols, a funding raising activity will be held in Point Mitchelle  outside of Mashan’s bar from noon on Saturday, January 9th, 2021, to go towards the recovery expenses of the top-order batsman and once captain of the Windward Islands Volcanoes team.

Toussaint appealed to the public that “even if it’s just a chicken, a lunch, a bottle of juice, whatever you can give, it would be greatly appreciated because this is for a worthy cause.”

She thanked the general public for the outpouring of love and support that she and her family have been receiving and encouraged persons to continue to pray for Tyrone’s full recovery and to also keep the families of the two police officers who passed away on the day of Tyrone’s accident in their prayers.