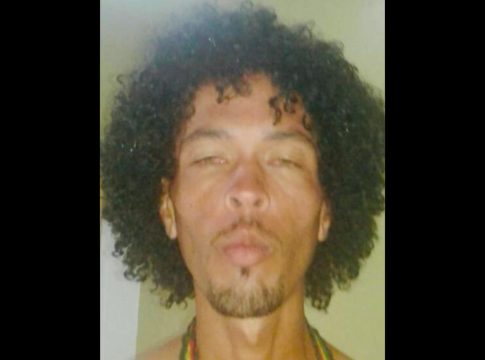 OBSERVER Newsco: The brother of the man shot dead by police on Friday night has spoken of the family’s shock at the sudden loss of their loved one.

Father-of-one Andrew Noyce, 41, was fatally shot following an alleged confrontation with law enforcement officials. He was pronounced dead at the Sir Lester Bird Medical Centre following the incident which is said to have occurred at around midnight near the vegetable market in St John’s.

His elder brother Pastor Matthew Noyce told Observer that although there are speculations floating around, residents – like family members and friends – must remain hopeful that the true circumstances surrounding the case will come to light.

“We have systems in place and I believe if employed properly, they will do. I don’t think the police is the problem. I am not saying they don’t have problems that need to be addressed but I believe that since there is no credible evidence as yet, we cannot make assumptions,” Matthew said.

According to reports, the incident stemmed from a complaint of larceny made by a vendor who operates a shop in the area, prompting a quick response from lawmen who claimed that Noyce was armed with two knives and making threats.

It is further reported that Noyce launched a violent attack at the police while wielding both weapons and numerous attempts were made to persuade him to surrender. However, he is said to have continued advancing towards them.

He was shot and subsequently transported to hospital, where he was pronounced dead at around 3am, according to reports from police.

According to the police, both weapons were recovered from the scene and the Serious Crimes Unit is continuing investigations into the matter.

Meanwhile, Matthew said his family is still trying to come to terms with the incident.

“I was alerted from the hospital that my brother was up there and I made my way. At the time of my arrival, he was already deceased. I was made aware that he actually arrived there dead.

“That is how I was confronted with the harsh reality of his death. I am not sure that the reality has set in as yet. We are in shock. Nobody wanted to get that news. Under the circumstances it is very challenging,” Matthew said.

The deceased, who has been homeless for the better part of 20 years, is said to have been suffering from mental issues and addiction, a reality that his brother said has weighed down the family for many years.

“My brother has lived a very troubled life. As I stood over his body at the hospital, he laid there and his mouth was open and I saw his teeth, a thought came to my mind that his teeth bore witness to the harsh life he lived for over 20-something years. He has been homeless, he has had mental struggles,” Matthew explained.

He said over the years the family, though miles apart, have tried to assist Noyce to no avail.