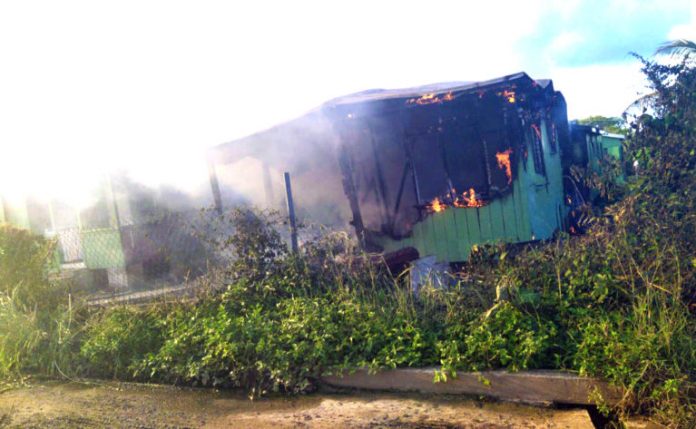 Family of four, Donella Charles and her three children, loses home on Saturday afternoon after a fire completely demolished their house in Jennings.

Firefighters arrived on scene 15 minutes after a 9-1-1 call of a house fire in Jennings at around 3:40pm.

According to the firemen, the roof of the house from which the fire originated had already collapsed.

According to Corporal Amois Prince, the firemen took action by trying to control the blaze at the two other houses with water, before moving on to eventually contain the house which suffered the most damage.

They spent over an hour completely extinguishing the fire to the three homes which were all were in close proximity to each other. The Johnson’s Point firefighting crew had to be backed up by the St John’s Fire Station given the size and intensity of the fire.