A Villa family lost everything they owned after a fire completely destroyed their home this afternoon.

The family of four was not home at the time of the fire which consumed the entire two-story wooden/concrete house.

The St. John’s fire department said they received a call at 2:05 p.m and arrived on scene four minutes later.

Fire officials said by the time they arrived on the scene the building had caved in.

The property is owned by Sylvester Joseph. Officials are investigating the cause of the fire. 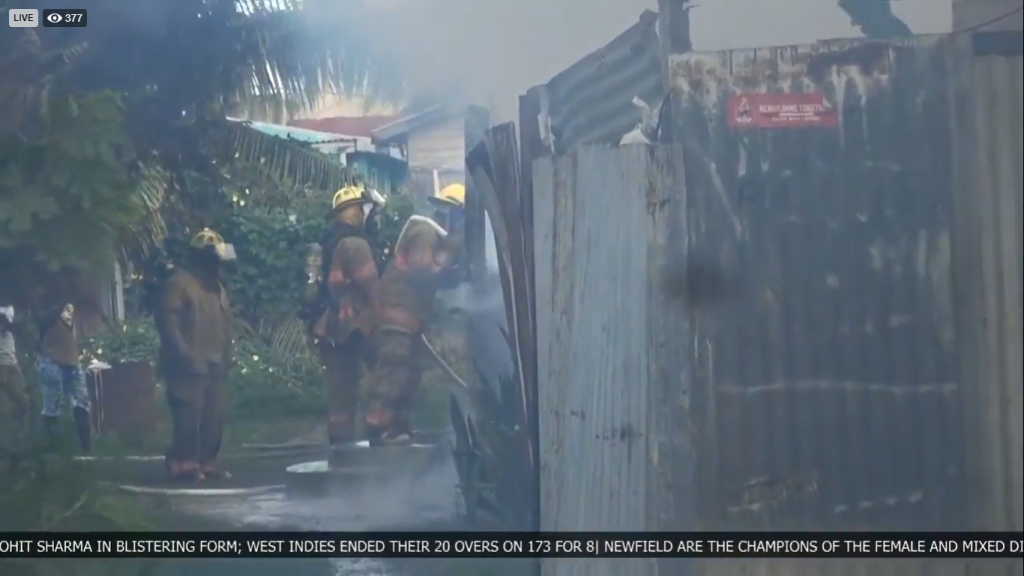