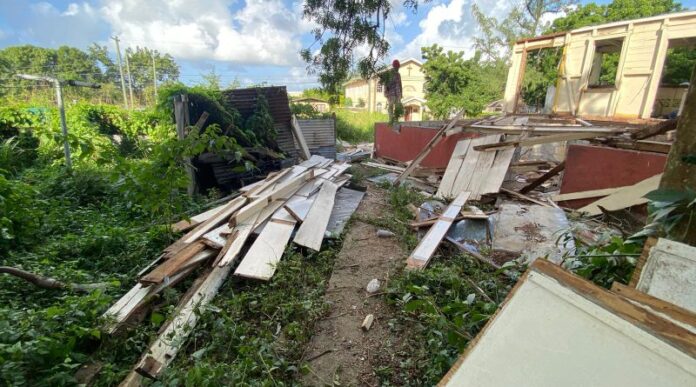 A family is seeking answers and compensation after their property was acquired by the Browne Administration last June and, to date, they are yet to sign an agreement or receive a dollar.

The compulsory acquisition of the land – measuring 1.1 acre and in the vicinity of the Golden Grove Primary School – went before the Upper House of Parliament in June 2021.

The land had been in the family for at least three generations and a dwelling house had been constructed on it.

However, the Administration acquired the large plot on the premise that it was needed to accommodate the expansion of the primary school.

A family member tells REAL News that his relatives had hoped to retain a portion of the land for their own use and alleges that questions to Education Minister Daryll Matthew – on the size of the expansion and how students it will accommodate – have gone unanswered.

There has been no agreement – “none, nada, nothing” – between the Government and the family, he says, and no documents have been signed, he alleges.

He reports that there was an evaluation of the property in March 2019 before the Government reached out to the family’s lawyer, but “there was never any mutual agreement on price and retaining a desired portion.”

Yet, with no agreement on the price of the “prime commercial land,” and with no money being paid, the house on the property – the home of his great-grandmother – has been destroyed, although the “habitable duplex structure” was occupied by a tenant at the time.

“The building has been there well over 50 years and was still standing strong,” the man says.

“I’m told by the tenant that a group of people [allegedly] sent by Matthew started demolishing the building, piece by piece, starting from the back to the front.

“They gave themselves permission [to destroy it] apparently, as they have claimed the land as theirs,” the man states.

Photos and videos of the demolition, reportedly conducted in early November, were shared with REAL News.

The man alleges that the Ministry of Education attempted to palliate the family by offering to name one of the school buildings after a deceased relative.

However, he says, that offer was never taken any further, either.

Meanwhile, the man points out that the Golden Grove Primary has enough existing land on the adjoining playing field, as well as an unfinished “community centre” on the compound, that could be converted for the school’s use.

Accordingly, he is asking why the Government – at a time when it is struggling to pay Social Security pensioners – would acquire his family’s land, depriving them of their deep-rooted connection to the community and the country, and imposing unnecessary expense on taxpayers.

The man says he is crying out for justice – the taking back of their land, or even a portion of it, and compensation for what has been acquired or destroyed by the Browne Administration.

If this can happen to a family who has given sterling service to the public sector, the arts, and the history of Antigua and Barbuda, he says, it can happen to anybody; hence, all land-owners should be warned.

In the meantime, REAL News has been told by several business people that the land in question has been in the sights of a Government Minister since 2019 – not for expansion of the primary school, but with a view to building apartment houses at that location.