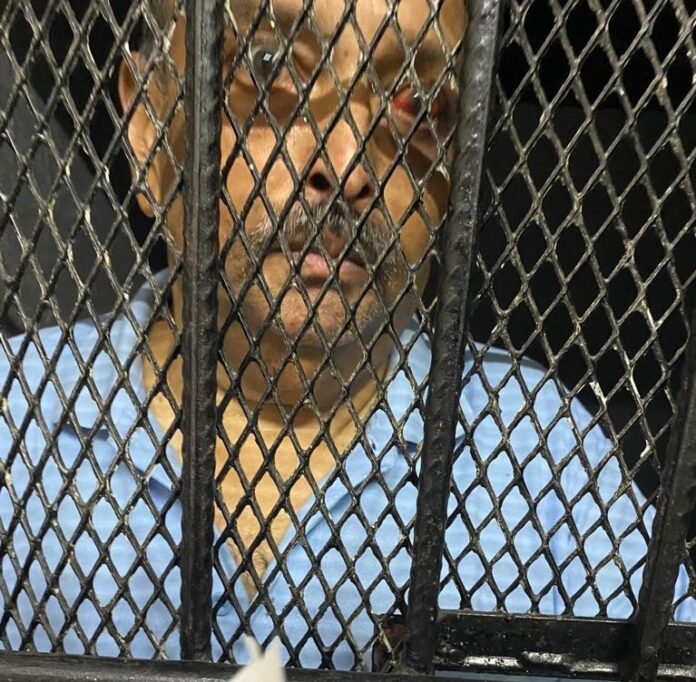 Authorities in Dominica have dropped the charge of illegal entry against jeweller Mehul Choksi, wanted in India in the Rs 13,000-crore PNB loan fraud case.

In May last year, Choksi was arrested in Dominica on charges of having illegally entered the country from Antigua, a country whose citizenship he acquired in 2017, and where he has been staying since 2018. Choksi had claimed at the time of his arrest that he had been abducted from Antigua and Barbuda, allegedly by Indian agents, and forcibly taken to Dominica in a yacht.

India tried to get Choksi deported from Dominica, but its efforts hit a roadblock after he was granted bail on medical grounds in July 2021, and allowed to return to Antigua and Barbuda.

What did India do to get Mehul Choksi back?

After Choksi was taken into custody in Dominica, a private jet carrying Indian officials reached the Caribbean island nation on May 28 last year to bring him back. But after the alleged illegal entry case was committed to court in Dominica, the jet had to return.

Prashant Kishor: ‘In the next 20-30 years, Indian politics will revolve a…
More Premium Stories >>

Choksi’s legal team asserted that contrary to claims made by Antiguan authorities, the jeweller did not flee Antigua but was abducted after a honey trap was laid for him. The legal team claimed that Choksi had been befriended by a woman over a period of six months, and called to an apartment in Antigua on May 23 last year — where a group of men had abducted him. He was then allegedly beaten and forced into a yacht before being ferried to Dominica, they alleged.

Lawyers for Choksi, however, argued that the diamantaire was no longer a citizen of India, and that he could not be sent there against his will. Choksi acquired Antiguan citizenship just over a month before he fled India in January 2018, making use of the country’s Citizenship by Investment (CIP) programme, under which an individual can acquire an Antigua and Barbuda passport by investing USD 100,000.

What has been India’s argument?

Sources in the Indian agencies pursuing Choksi maintain that he may have surrendered his passport, India has not accepted this, and a certificate of surrender of passport has not been issued to him. Also, they say, Interpol has issued a Red Notice against Choksi for financial crimes committed in India.

Indian agencies argued these points before the Dominican High Court. But the court granted him bail and allowed him to return to Antigua.

What does the law say on Choksi’s citizenship?

“Any citizen of India who by naturalisation, registration, otherwise voluntarily acquires, or has at any time between the 26th January, 1950 and the commencement of this Act, voluntarily acquired the citizenship of another country shall, upon such acquisition or, as the case may be, such commencement, cease to be a citizen of India,” Section 9 says.

The only exception when this law does not apply is when the two concerned countries are at war with each other.

What about Choksi’s Indian passport?

“The Indian Citizenship Act, 1955, does not allow dual citizenship.The Government of India has prescribed imposition of penalty on a graded scale, depending on number of trips made on Indian passport after acquiring foreign nationality, for the violation of Passport Rules and retention of Indian Passport for more than three years after acquiring of foreign nationality,” the Ministry says on its website.

Sources, however, said the law’s intent is to prevent a person from using an Indian passport for travel after acquiring foreign citizenship.

“Some countries, which do not allow dual citizenship, insist on surrender of the Indian passport before formalising citizenship of their country. However, this is not the case with Antigua. In any case, it is immaterial whether you have surrendered your Indian passport or not. If a foreign country has granted you citizenship, under Indian law you cease to remain an Indian citizen,” said a former official of the Ministry of External Affairs who has dealt with passport issues.

Must Read in Explained |Mehul Choksi arrested: where the CBI, ED cases against him stand

What can India do now?

India had a chance of getting Choksi back if it could convince the Dominican court that it has a strong legal case against him and that he is a fugitive. With the withdrawal of the case in Dominica, that option is now closed.

Now, for all practical purposes, Choksi remains an Antiguan citizen until such time as his citizenship is revoked by the legal processes of that country. India can try to use diplomatic channels to persuade Antigua and Barbuda to do so, but the outcome of those efforts remain uncertain.