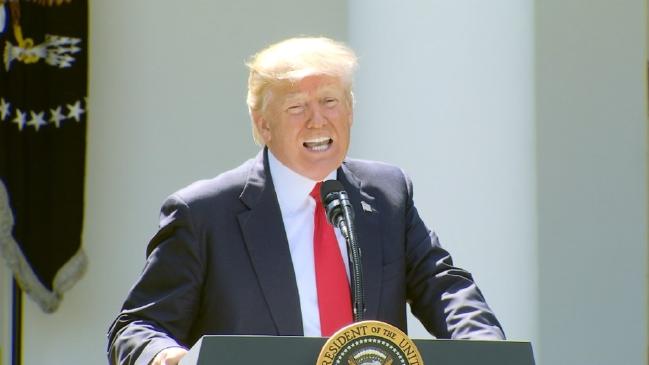 PANOS Caribbean has expressed deep disappointment at news that the United States (U.S.) is to turn its back on the historic Paris Agreement.

“There is no question that Panos Caribbean — an organisation that has worked tirelessly in the interest of advancing public education on climate change and enabling communities to have an informed response to the phenomena — is deeply disappointed at the U.S. decision,” said Panos Jamaica Country Director Petre Williams-Raynor.

“However, it is hardly a surprising decision, given past statements made by U.S. President Donald Trump, who has made no secret of being a climate sceptic. Thursday’s statement has simply made it official and the rest of the globe must carry on; we cannot afford not to, there is too much at stake,” she added.

Still, Williams-Raynor said there remains the possibility of a slowing of the momentum to combat climate change.

“The U.S. has been a major financial contributor to particularly climate change research and in particular the work of the Intergovernmental Panel on Climate Change, and the overall international effort — especially in the developing world — to combat climate change,” she said.

“At the same time, in recent years, the U.S. has taken significant steps nationally to reduce their own greenhouse gas emissions while promoting similar action abroad. Any step back from these things could slow the momentum of global efforts to combat climate change. Ultimately, however, the gains of recent years will carry as countries adjust to the loss of U.S. support — whatever that looks in the coming months and years,” Williams-Raynor added.

Climate change is seen as the single most significant threat to Caribbean and other small island developing states, promising more extreme weather events, including stronger hurricanes and prolonged droughts.

Among other things, it also brings with it sea level rise and the associated coastal erosion and loss of livelihoods, as well as warmer temperatures with associated health implications, including diseases such as dengue.

Panos Caribbean, meanwhile, continues its work to raise public awareness on climate change and the need for ambition to help realise the goal of the Paris Agreement to hold the increase in temperatures “to well below 2 degrees Celsius above pre-industrial levels and pursuing efforts to limit the temperature increase to 1.5 degrees Celsius above pre-industrial levels, recognising that this would significantly reduce the risks and impacts of climate change”.

This, building on its work on the “1.5 To Stay Alive” public education and advocacy campaign rolled out prior to and during the 2015 International Climate Talks held in France and from where there emerged the Paris Agreement.