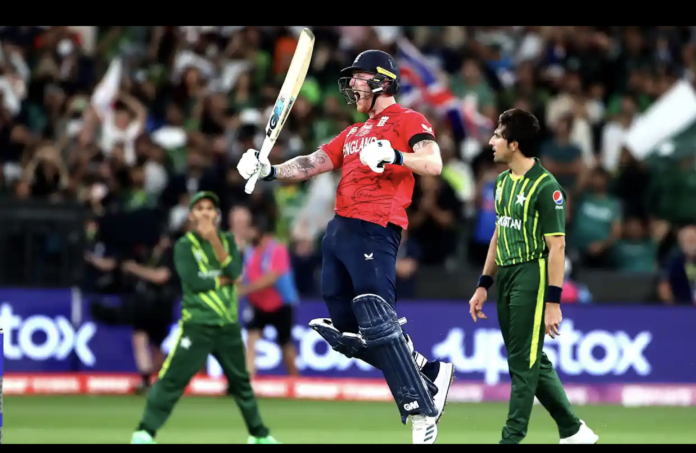 England have won the T20 World Cup for the second time, narrowly beating Pakistan, with Ben Stokes’s batting key to victory at the Melbourne Cricket Ground. England’s Test captain, serving under T20 leader Jos Buttler, was yet again the man for the big occasion, hitting a half-century, his first in T20, that owed more to guile than power.

And he hit the winning runs to confirm the title, having been England’s fall guy when they lost the 2016 final.

Pakistan had scored what looked an under-par 137 as Adil Rashid and Sam Curran starred among England’s bowlers, Rashis taking two wickets for 22, including a wicket maiden and Curran taking three for just 12 runs.

Babar Azam, the captain, on 32, and Shan Masood on 38 top scorers. Iftikhar Ahmed was out for a duck to Ben Stokes. Chris Jordan weighed in with a couple of wickets. Liam Livingstone took three catches, though his sole over went for 16, with England not at their best in the field