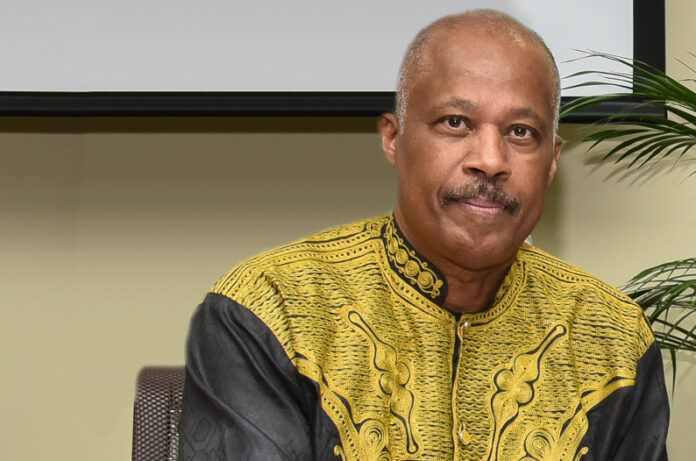 Royalty, Racism, Republicanism & Reparation: Preparing for the 60th Anniversary of Nationhood in the CARICOM Region was the theme of the virtual Vice-Chancellor’s Forum held on March 25, 2021 by The University of the West Indies (UWI).

A collaborative effort of the Office of the Vice-Chancellor and the Centre for Reparation Research (CRR), the forum marked the annual International Day of Remembrance of the Victims of Slavery and the Transatlantic Slave Trade.

The anticipated 60th anniversary of Independence of Jamaica and Trinidad & Tobago, as well as recent international reports of racism in the UK and within the British Royal family set the context as the panel of global voices discussed Britain’s role in transatlantic slavery, the need for it to join the dialogue on reparations and the critical question of republicanism for Caribbean states that continue to retain Queen Elizabeth II as Head of State.

At the end of more than three hours of rich dialogue and engagement, Vice-Chancellor, Professor Sir Hilary Beckles concluded that the forum had expressed solidarity with the ‘black royals’, Duchess of Sussex and baby Archie as victims of the institutional racism embedded in the culture and consciousness of the Royal Family of the United Kingdom. He also projected that “the young black prince, Archie, is poised, in the years ahead to become a symbol and lightning rod of this movement.”

Proposing a draft resolution, the Vice-Chancellor called for “… republican status as a necessary precondition for the Caribbean region entering the second phase of nation building. That there should be an apology from the Queen, the Royal Family and their supporters that have benefited from slavery and colonisation and British participation in a dialogue for reparatory justice.” The resolution is still to be ratified and the Centre for Reparation Research has committed to gathering the experts and necessary supporting counsel to move the process forward.

Lamenting that the legacy of slavery is still with us, moderator, Professor Verene Shepherd, Director of The UWI Centre for Reparation Research asked the hard-hitting questions. “The international day presents a chance to raise awareness about the dangers of racism and prejudice as well as ask questions about the political future of a Caribbean of which too many maintain Elizabeth II, represented on the ground by a Governor General as Head of State. As we approach the 60th year of Independence for two countries in our region, what future do we wish to have; will we at last return to Republicanism as some have done and others are contemplating; have the scales at last fallen from our eyes in terms of the ideological orientation of the British Monarchy; will we make this century truly the reparations century?”

David Comissiong, Barbados’ Ambassador to CARICOM praised The UWI’s historical consistency in providing the region with valuable intellectual and ideological guidance. “A fully-fledged and developed nationhood will be constructed, in our region, fundamentally on the intellectual and ideological work that has come out of The University of the West Indies… it will be founded on the basis of economic production integration, republicanism and reparations.” he said.