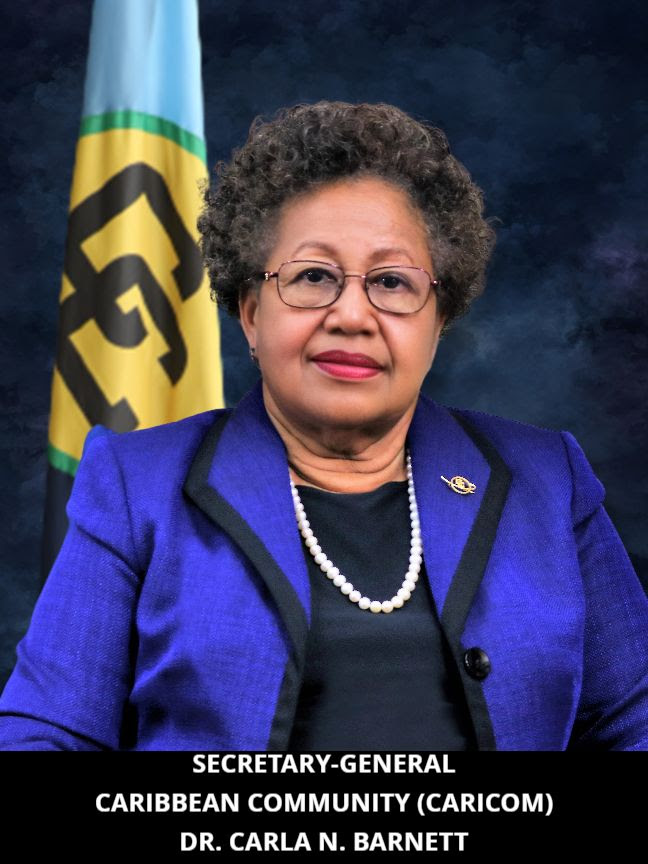 (CARICOM Secretariat, Turkeyen, Greater Georgetown, Guyana – Monday, 19 December 2022):   We have come to the end of another year during which strenuous efforts have been made to ensure that the integration process improves the lives of the people of the Caribbean Community (CARICOM).

On the cusp of the 50th Anniversary of the signing of the Treaty of Chaguaramas in July 1973, there is much that we can look back on with pride and celebrate about our integration movement during this joyous season.

Being the longest existing economic integration movement among developing countries, it is with pleasure we have been hosts to African and Pacific regional organisations seeking to learn from and about our operations, systems and structure.

The agreement, earlier this year, on a Protocol to Amend the Revised Treaty of Chaguaramas to Allow Enhanced Cooperation among Member States was a clear demonstration of the dynamic nature of our integration movement.

Heads of Government also agreed to review the governance systems within the Community to facilitate more effective decision-making and to ensure follow-up on the Community agenda.

One of the key actions in that regard has been to increase the regularity of virtual meetings of the Heads of Government, while maintaining two face-to-face meetings annually.

This year, an important aspect of advancing the CARICOM Single ICT Space as well as the CARICOM Single Market and Economy (CSME), and of immense value to citizens of the Community, was the signing of the Declaration of St. George’s Towards the Reduction of Intra-CARICOM Roaming Charges.

Although the new roaming arrangement did not provide for complete elimination of roaming charges within the CARICOM space, operators indicated that savings would be in the order of 70-98 per cent depending on the service and the market.

This is an interim measure, but a significant milestone with respect to the Single ICT Space in our Region.

The initiative to reduce our food import bill by 25 percent by 2025 also gained momentum, with two fora in Guyana and Trinidad and Tobago designed to encourage investment in the agri-food sector being successfully staged.

All hands are on deck in this drive led by the President of Guyana, His Excellency Mohamed Irfaan Ali, and including the private sector, the agricultural community and with emphasis on encouraging youth participation.

The people of Haiti also need all hands on deck as they seek to resolve the multi-faceted crises facing the country.

The Community has been actively involved in seeking a solution and have stressed the importance of including civil society in the process of dialogue to ensure good governance, and respect for the rule of law and human rights as set out in the CARICOM Charter of Civil Society.

This approach was reiterated at meetings of the United Nations Security Council by our representatives in that Forum and emphasised to the UN Secretary-General during his meeting with the Heads of Government in July, in Suriname.

That exchange of views also included discussions on Climate Change and COP27 in Egypt. Even though that Conference agreed to the establishment of a Loss and Damage Fund, which is yet to be fully defined and established, Small Island and Low-lying Coastal Developing States (SIDS) were disappointed with the little or no commitment  by major emitters to do what is necessary to keep the rise in global temperature below 1.5 degrees.

These deserving recipients provide a fine example of Caribbean excellence for our youth to emulate.

It is the youth who will bear the responsibility of carrying the integration movement beyond the next fifty years, as there is still much to be done to consolidate and advance the process as we build on our achievements over the past five decades.

As we enjoy this holiday season, we can reflect on our accomplishments and look towards increasing our efforts to provide the viable and prosperous Community for all that we desire.