74-year-old Charles Benjamin of Potters Village was rendered near-unconscious today as a Honda Odyssey struck him late this morning at the entrance to the Automotive Art parking lot on Old Parham Road.

Shortly after being struck, the 911 was called and the emergency services – fire, police, and the Emergency Medical Services – arrived on the scene and tended to the ailing Benjamin.

It took approximately 40 – 45 minutes for the EMS to stabilize Benjamin unto a stretcher before transporting him to the Mount St. John Medical Center.

Honda Odyssey driver Roger Browne defended himself to the police and onlookers, however, saying that the accident was in no way his fault.

“I was coming along Old Parham Road heading into town,” he explained.

Browne’s passengers – a man and a woman – both explained that they called the 911 emergency services immediately. While the rescue services were on their way, they lifted the victim and placed him in the back of their minivan and waited their arrival. 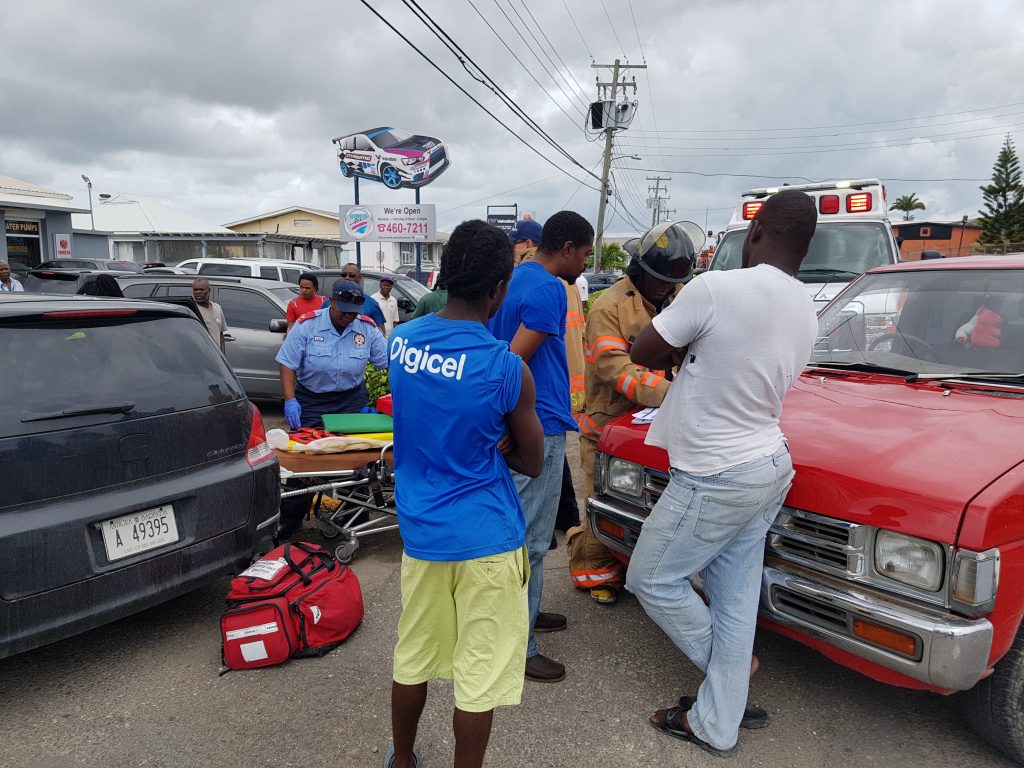 The pickup driver Marius Francis provided police with a slightly different account of events. He indicated that as he was west on Old Parham Road and began making his turn into Automotive Art that the oncoming minivan was “speeding” and thus caused the near-collision between the two vehicles.

The police officers on scene did not make an immediate determination as to which of the drivers’ actions led to the near-fatal accident in the parking lot.