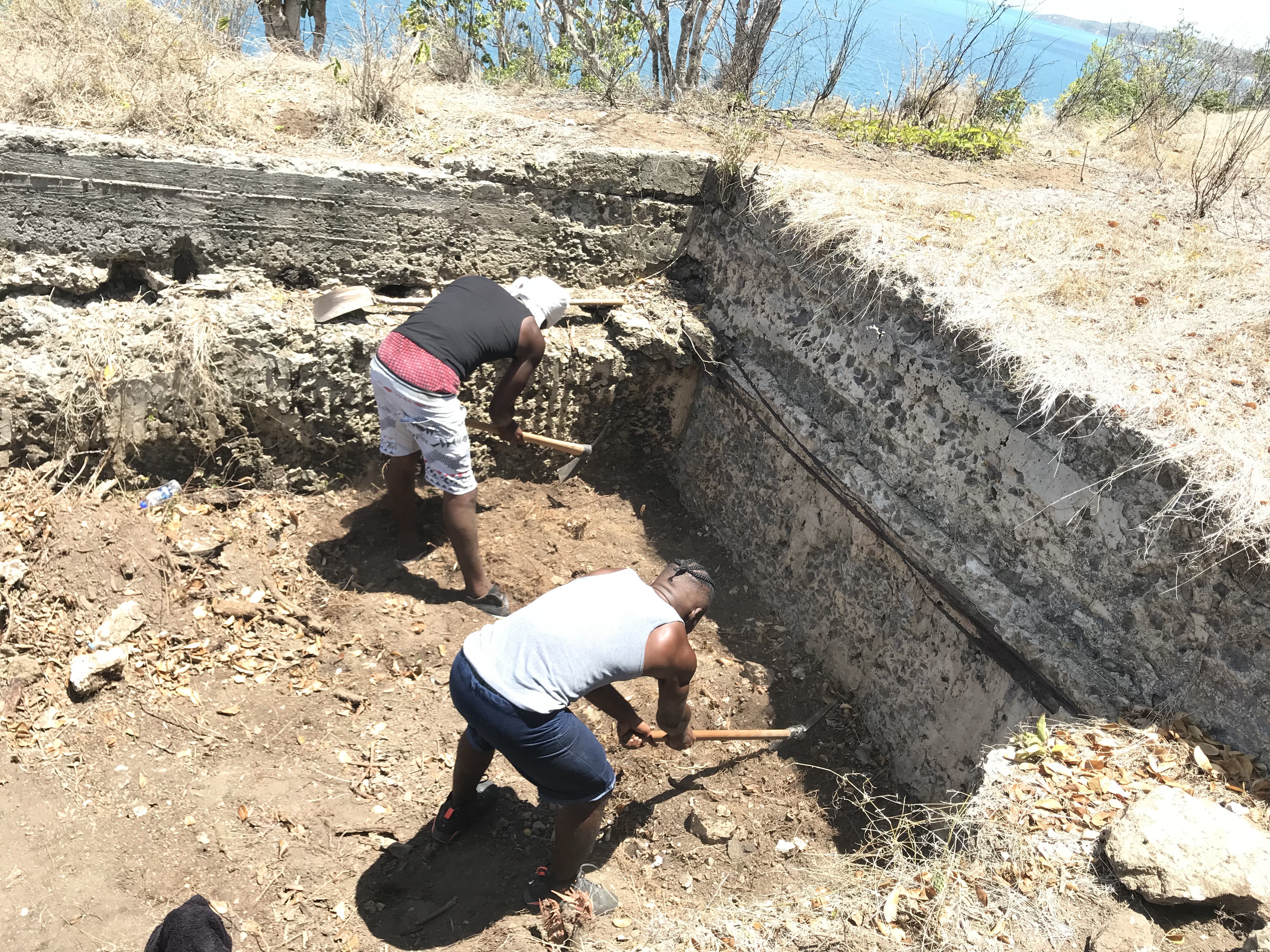 A renewed effort is being made by the Ministry of Tourism Antigua and Barbuda via its Agri-Toursim and Beautification Unit to restore and beautify some of the nation’s historical sites.

Work has already begun at Fort Barrington also known as Goat Hill located on the western end of Antigua in the Deep Bay Area.

According to the Acting Director of the Agri-Tourism and Beautification Unit, Mr. Jesse Thomas, the Fort Barrington project will be done in three phases.          The first phase comprising of clearing debris inclusive of Manchaneel and Acacia trees (which makes the hiking trail inaccessible), has already begun.

The second phase will be to establish a stone garden along the peninsula and incorporate more species of plants such as the Frangipani that is already growing in the environment and is drought tolerant.

Thomas said because the area is mostly rocky there is not much soil for plants to naturally establish themselves, however, measures will be put in place to have plant boxes built to accommodate other species of plants that are drought tolerant for the garden.

Phase three of this restoration effort will be to reestablish the use of the original entrance to Fort Barrington which will make accessing the fort easier for tourists as well as locals visiting the attraction.

The Fort which was once used a protection point for the St. John’s Harbour also served as an important signal station to alert forces throughout the island of impending attacks during the colonial era.

The project is being completed with the assistance of some of the inmates at Her Majesty’s Prison.